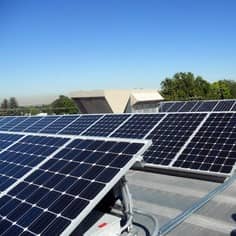 Large cuts in factory-gate module prices over the summer have resulted in a significant increase in photovoltaic project development activity in the U.S., according to the September edition of the United States Deal Tracker database from Solarbuzz.

California currently accounts for 61% of the total U.S. project pipeline, stimulated by the state's aggressive 33% renewable portfolio standard and benefiting from the recent trend of solar projects reallocating from concentrated solar power to PV.

Utility-driven project activity is now evident across 35 states, while other non-residential projects below 1 MW remain an important segment of the market, accounting for 771 projects being monitored, Solarbuzz says. The fast-developing non-residential segment has created an important and growing opportunity for project developers and engineering, procurement and construction (EPC) companies. The top 12 project developers currently account for 51% of the total pipeline.

The drop in U.S. factory-gate module prices over the past four months is now starting to positively affect utility-project economics, with many projects sized 1 MW and larger now enjoying installed system prices of $3.75/W or below.

‘Utility expectations for improved installed pricing measured either in per-watt peak or kilowatt-hour have vastly increased over the past quarter,’ says Craig Stevens, president ofÂ Solarbuzz. ‘The result is more RFPs and an acceleration of PV orders.’

For those projects in the pipeline that have selected their module suppliers, the top three suppliers in megawatt terms are First Solar, SunPower Corp. and Suntech Power, according to the report. Yingli Green, Sharp and SolarWorld are increasing their presence in non-residential projects. The leading inverter suppliers to the pipeline remain Advanced Energy and SatCon Technology.