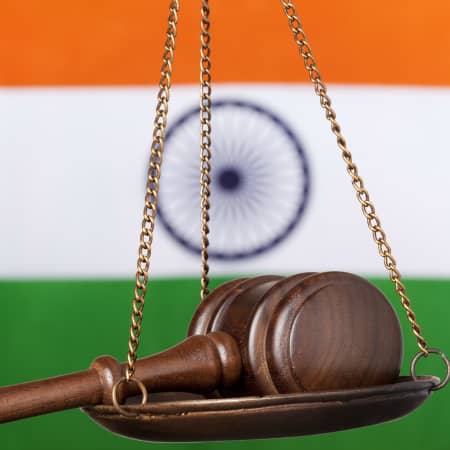 Simmering solar trade tensions between the U.S. and India approached a full boil this week: The U.S. government has sent the World Trade Organization (WTO) a formal complaint over India's domestic-content requirements and requested that dispute-settlement proceedings begin.

‘Unfortunately, India's discriminatory policies in its national solar program detract from â�¦ successful cooperation, raise the cost of clean energy and undermine progress toward our shared objective,’ Kirk said in a statement.

The U.S.' WTO filing drew vigorous support from the Solar Energy Industries Association (SEIA). The organization noted that U.S. has sought to engage with India's government for years to have the NSM's domestic-content requirements removed, only to see them strengthened instead.

Rhone Resch, president and CEO of SEIA, added in a statement that such ‘trade-distorting measures’ represent a worrisome trend in the global solar sector. (Elsewhere, the WTO ruled late last year that Ontario's domestic-content requirements for its solar feed-in-tariff program violate international trade law. The government of Canada has appealed the decision.)

Thin-film targeted
The U.S. government's WTO petition represents the latest volley in an extended trade spat that has often been overshadowed by the U.S.-China trade battle.

Last year, after an Indian research organization publicly accused the U.S. of ‘killing’ Indian solar manufacturing, India's Ministry of Commerce & Industry formally launched an anti-dumping investigation into PV products imported into India from the U.S. and several other countries.

By including thin-film modules in the investigation (unlike in other solar trade cases) and expanding its scope to countries such as Malaysia, India was believed to be targeting U.S.-based cadmium-telluride module supplier First Solar in particular. First Solar, which has manufacturing facilities in both the U.S. and Asia, has been an active player in India's solar market.

In fact, a full 50% of projects in the NSM's Phase I used thin-film modules. Although some industry professionals have attributed this unusually high percentage to India's warm climate, the exemption of thin-film PV from the domestic-content requirements in place at the time probably also factored into project developers' procurement decisions.

For the NSM's Phase II, that loophole may be closed, to the displeasure of the U.S. government and solar sector.

‘The [NSM] aims to establish the country as a solar manufacturing hub, to feed both a growing domestic industry as well as global markets,’ India's Ministry of New & Renewable Energy (MNRE) wrote in a draft document outlining NSM's Phase II plans. ‘The solar mission, while leveraging other government policies, looks to provide favorable regulatory and policy conditions to develop domestic manufacturing of low-cost solar technologies.’

In an effort to maintain and expand that production during Phase II of the NSM, the government is contemplating a range of options for its modified domestic-content requirements. The first – and potentially most severe – option would require that all cells and modules used in PV projects be produced in India.

Other possibilities include giving a price preference for domestically manufactured cells and modules, requiring a percentage of products to be manufactured in India, or applying a 100% domestic-content requirement to certain project batches.

Dispute resolution
The Phase II strengthening of domestic-content requirements – as well as higher guaranteed feed-in tariff rates for developers that use solar modules made in India – violates India's obligations under WTO agreements, according to a fact sheet from U.S. trade officials.

But as the two countries' governments prepare to begin dispute-resolution discussions, Indian officials have publicly denied breaking WTO rules. Tarun Kappor, joint secretary of the Ministry of New & Renewable Energy, told the Wall Street Journal that although a few project developers were required to use domestically produced solar equipment, those installations totaled only 350 MW.

Over the next 60 days, Indian and U.S. government officials will be given the opportunity to find a solution to their conflict without litigation, according to a notice from the WTO. The U.S. may request adjudication by a panel if no agreement is reached within that window.

Meanwhile, Phase II of India's NSM is expected to reach a cumulative installation total of 10 GW of on-grid solar and 1 GW of off-grid solar. For the U.S. solar market, the extent to which companies can participate in that massive deployment will likely be determined by the outcome of both the anti-dumping investigation and the WTO dispute.