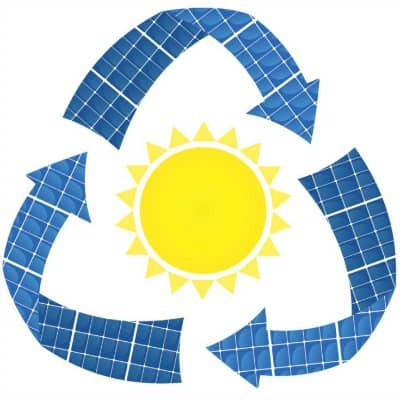 Concern about the toxicity of materials used in the manufacture of photovoltaic components is well established in the solar sector. However, as solar installations multiply, the Solar Energy Industries Association (SEIA) is beginning to plan effective disposition strategies for when PV modules reach the end of their useful life.

The life span of a solar photovoltaic panel is approximately 20 to 30 years, and the lifetime of an inverter is approximately 10 years. In fact, SEIA says that solar panels installed in the early 1980s are still performing at levels nearly equal to their installation performance levels. Annual PV waste will not exceed 10,000 tons until after this year, SEIA estimates, and will not exceed 100,000 tons until after 2017.

Just the same, the organization is contemplating how collection and recycling processes might be organized.

‘SEIA is urging our members – as well as the entire U.S. solar industry – to be more proactive on PV recycling,’ says Ken Johnson, SEIA spokesperson.

He says the association is looking to identify key lessons learned from the consumer electronics and other industries to help shape its role in the development of state or federal PV recycling initiatives.

In working to identify key issues and opportunities related to PV recycling, Johnson says SEIA is also looking to Europe to better understand existing PV recycling initiatives and how those programs could work in the U.S.

One such initiative, PV Cycle, facilitates the collecting and recycling of solar modules at end of life. Founded in 2007, the European nonprofit association is financed entirely by manufacturers and importers. Best of all, the service is free to anyone wanting to dispose of PV modules following a dismantling, replacement or renovation project.

With its take-back and recycling services, the nonprofit helps recover materials – namely glass, metals, plastics and semiconductors – that can be used for the production of new materials and products.

PV Cycle says that silicon-based PV modules – which contain up to 80% glass – can benefit from cooperating with the flat glass recycling industry because PV modules and flat glass products have a similar structure and composition.

In the case of non-silicon based panels, PV Cycle says common recycling processes employ chemical baths to delaminate and separate the different PV module components. What's more, PV Cycle notes that up to 95% of the materials used in non-silicon-based PV modules can be recovered for use in new materials.

However, there are challenges in tailoring an existing program to a new program in the U.S. For starters, end-of-life disposal of solar products in the U.S. is governed by the Federal Resource Conservation and Recovery Act (RCRA), as well as state policies that govern waste.

Just the same, some Europe-based companies – already recycling in their local markets – are looking to replicate recycling efforts in the U.S.

‘In the U.S., we are not engaging in this type of activity yet,’ says Aude Schwarzkopf, spokesperson at Hanwha Q Cells, adding that until now, the company didn't have the scale or infrastructure to devote to recycling programs. ‘That's something we will probably look into in the future, though, as our large projects will reach end of useful life.’