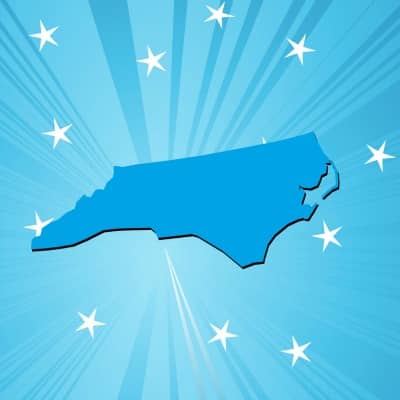 On Dec. 31, 2014, the North Carolina Utilities Commission (NCUC) issued a decision that supporters say will bolster the position of solar power in the state.

According to Ivan Urlaub, executive director of the North Carolina Sustainable Energy Association (NCSEA), the NCUC's order on both issues represents a victory for solar.

‘In this docket, the NCSEA was the most engaged intervenor from the clean energy side,’ Urlaub says. ‘We coordinated with a coalition of interests that felt impacted by the decision. We brought a number of industry representatives as expert witnesses to explain to the commission how the standard offer was working and what should go into the avoided costs rate calculation.’

The standard-offer PPA was conceived in 2010 to support the development of photovoltaic power in the North Carolina in the 2 MW to 5 MW range, which Urlaub describes as the industry's financial sweet spot in terms of cost-effectiveness for developers. Furthermore, the contracts supported terms up to 15 years. The 5 MW threshold and 15-year PPA enabled developers to secure cost-effective financing for their projects, which utilities sought to meet renewable portfolio standards (RPS).

At the time, natural gas was expensive, solar renewable energy credits were valuable and the level of solar penetration in the state was low enough that utilities did not consider it to be unduly disruptive to their operations or burdensome to ratepayers. However, the cost of solar plummeted and soon became the least expensive renewable energy resource in the state – with the exception of landfill gas, where sites are essentially all spoken for.

The cost-effectiveness of solar as a renewable resource has boosted North Carolina to the No. 4 spot in installed PV capacity over the last few years. As a result of this rapid expansion, the public utilities sought to redesign the standard-offer PPA so that they would be capped at 100 kW with terms reduced to 10 years, making projects more expensive. The utilities argue, in a nutshell, that solar developers were getting too sweet a deal on the backs of ratepayers.

‘The regulator hurdle there is, 'Are ratepayers being harmed by this rapid expansion in solar development?'’ Urlaub says. ‘And the commission's statement is, 'No, they are not.'’

On page 56 of the order, a passage reads, ‘The commission determines that there has been widespread QF development under the existing framework without adverse impacts to utility ratepayers.’

On the other key point in the order, methodologies for calculating the avoided cost rate, Urlaub says the NCUC also came down squarely on the side of solar, although the practical effects will not be apparent until the utilities file their rates in March.

‘Overall, the arc we're following is that we want and need a more diverse electricity portfolio that's affordable for all ratepayers,’ he says. ‘And we want it to be clean. Things like the standard-offer PPA and a fairly transparent, effective avoided cost methodology and rate are critical to keeping us on that path to scalability and driving the cost down.’