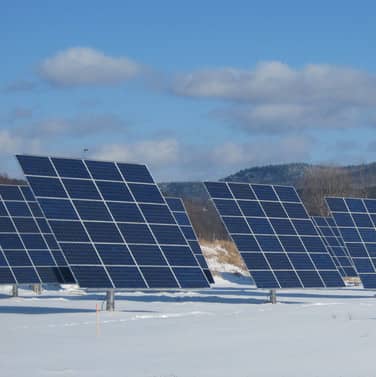 Gov. Peter Shumlin, D-Vt., has signed into law the Vermont Energy Act of 2011 (H.56), which is designed to promote the development of solar energy and other sources of renewable energy in the state. The bill signing ceremony was held at the site of a new 150 kW net-metered PV array at the Farm at South Village, a ‘new urbanist’ sustainable organic farming community.

Highlights of the legislation, which was introduced by State Reps. Tony Klein and Margaret Cheney, include a new solar registration process for installations 5 kW and smaller.

According to Vermont-based renewable energy systems provider AllEarth Renewables, this unique streamlined registration process will provide an example for the rest of the U.S. in successful permit-cost mitigation.

‘The process, which replaces permitting, allows solar customers to install the system 10 days after completing a registration form and certificate of compliance with interconnection requirements,’ AllEarth Renewables explained in a statement expressing its support for the Vermont Energy Act. ‘The utility has 10 days to raise any interconnection issues; otherwise, a Certificate of Public Good is granted, and the project may be installed.’

In addition, the law expands Vermont's net-metering access. All residential, commercial, nonprofit and municipal system hosts will receive an incentive of $0.20/kWh – minus the local retail electric rate. AllEarth Renewables estimates that most customers will receive between $0.06/kWh and $0.01/kWh.

Under H.56, the maximum size of a net-metered project has also been increased from 250 kW to 500 kW, and groups participating in net metering can specify allocation for accrued credits through direct billing.

Further financial incentives for solar and other forms of renewable energy will be provided through a shifting and strengthening of the state's Clean Energy Development Fund (CEDF).

The CEDF will now be under the purview of the Department of Public Service, where it will offer bridge funding for CEDF initiatives under a program that provides grants in lieu of tax credits. According to the governor's office, this funding will lead to nearly $3 million in clean energy investment this year.

Finally, Vermont's Property Assessed Clean Energy (PACE) program has been ‘strengthened and updated,’ according to the governor's office. (PACE programs across the U.S. have been severely affected by actions taken last year by the Federal Housing Finance Authority; challenges remain for any PACE initiative.)

‘There is a fiscal and environmental urgency for Vermont to move off fossil fuels and toward sustainable sources of power,’ Shumlin stated at the bill signing ceremony.

Shumlin noted that the state is currently working on a broader energy plan that is due to be released Oct. 15. The plan is expected to ‘spark more aggressive legislation’ that will continue Vermont's move from fossil fuels to renewable energy, he added.

The full Vermont Energy Act of 2011, as introduced, can be downloaded here [PDF].