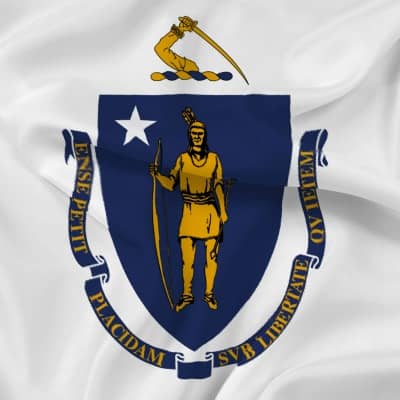 Solar policy in Massachusetts is not a house of cards in the sense that it did not all come crashing down when somebody bumped the table this summer. However, there is enough shaking and wobbling of the edifice to raise some concerns among those dedicated to developing solar power in the Bay State.

The aforementioned bump came in the form of the failure of widely touted legislation designed to restructure net metering and project caps. Despite strong support of the solar-friendly administration of Gov. Deval Patrick and national solar organizations, including the Solar Energy Industries Association, concerns over certain provisions, notably a minimum utility bill and net-metering allotments for community solar, provoked resistance from local solar groups. In the end, the legislation died a midnight death.

Scott Fenton, a partner at the Massachusetts law firm Bowditch & Dewey LLP, says the failure of the net-metering bill is just one symptom of impediments that have beset the solar sector in Massachusetts. The main effect of its failure to pass is the return of uncertainty and some degree of volatility to the market. One sourse of this instability is friction among competing interests among solar players in the commonwealth. Other impediments come from the structure of city and town government, whereÂ considerable authority rests.

‘Massachusetts is probably not as solar friendly as it was four years ago,’ Fenton says. ‘Towns have become more wary of large ground-mounted solar projects and their impact on the community.’

Fenton says the new solar renewable energy certificate (SREC) regulations that came out in the first quarter – known as SREC II – placed a lot of emphasis on managing what kinds of solar development the government wanted and where it wanted that development to occur. The sectors of focus include projects 25 kW and smaller, ground-mount installations over 25 kW, arrays on brownfields and landfills, and large arrays of 650 kW or more – so-called"managed growth," projects. Each of these sectors is scored, with large landfills at the top and managed-growth projects at the bottom. These are capped at various levels, and these caps are subject to change.

‘In my opinion, the caps are an attempt to create more opportunities by dividing up the market into four different sectors,’ Fenton says. ‘They don't want a handful of solar facilities to take up the lion's share of the allotment of megawatts for that year.’

What strikes Fenton as odd is that the government is taking such an active role in directing how this growth is going to occur. By encouraging smaller installations, the policy promotes job creation. Looking at it from the developer's perspective, the money is really in the larger-scale projects, where economies of scale and meticulous planning enable predictable returns. According to the SREC II incentives, Fenton says, the commonwealth would love to have every landfill turned into a solar facility. But you can't always have a large solar development on a landfill – if it is not facing the right way, the incentives do not matter.

"I wouldn't call this a problem," Fenton says. ‘It's just competing interests. I guess it is a good problem to have if you have that much growth in a new industry.’

Regardless of the outcome, the system is clearly producing volatility. As the regulations are designed, the Department of Energy Resources (DOER) comes out with guidance on what the limits will be on the managed growth sector of 6 MW projects and over, which are the slots of most interest to the large developers Fenton represents.

‘In August, DOER came out with guidance saying 2016 is going to be 0 MW,’ Fenton says. ‘But then, they recently changed that to 20 MW. So it becomes a very volatile market for developers. How are they going to do these projects when the numbers are going to fluctuate like that?’

The legislation that failed in August was supposed to replace the SREC II regime with a stable platform to build toward the Patrick administration's goal of 1.6 GW of solar deployed in the commonwealth by 2020. As it stands, the SREC II program will continue to reshape the development outlook according to how the pipeline fulfills the four-sector approach.

‘Five years from now, we'll look back and see whether this was a good idea or a bad idea,’ Fenton says.