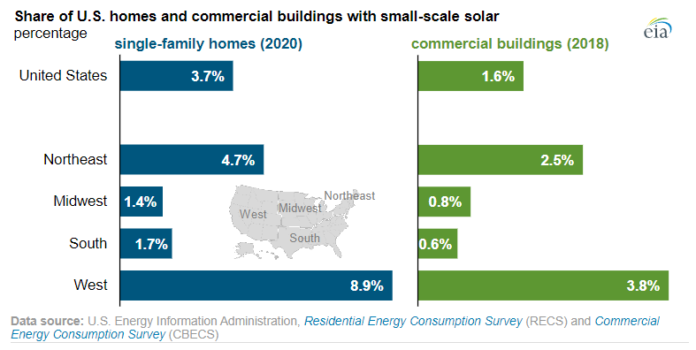 The presence of small-scale solar among homes and commercial buildings also differed by year of construction; homes and commercial buildings built in 1980 or later were more likely to have solar than those built before 1980. Homes that were owner-occupied were more likely to have small-scale solar generation than rented homes. In addition, 5.7% of households with incomes of more than $150,000 had small-scale solar generation, compared with 1.1% of households with incomes less than $20,000.

EIA collected 2020 RECS household energy-use data from 18,496 households, which is the largest responding sample in the program’s history. For the first time, RECS data are available at the state level for all 50 states and the District of Columbia.