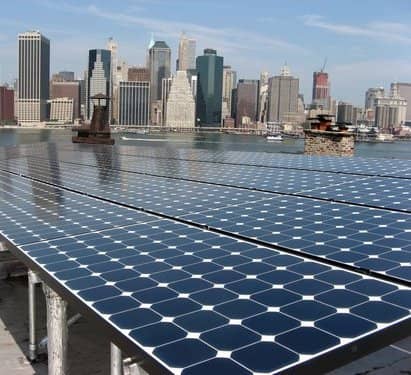 The Americas solar photovoltaics market more than doubled in the first half of this year to reach 1.7 GW and is set to reach almost 4.3 GW for the full year, according to IMS Research's third-quarter PV Demand Report.

Installations in the Americas grew by more than 120% in the first half of this year and will help drive the global PV market to grow by at least 3 GW this year, according to the research firm.

"Despite the lackluster financial performance of the industry's suppliers, underlying demand was robust in the first six months of this year, with first-half installations 35 percent up on 2011," explains Ash Sharma, IMS Research's PV research director." The Americas market, led by the USA, was unseasonably strong in the first half and did not show any significant slowdown resulting from the anti-dumping duties."

Aside from China, the report found that the U.S. would be the largest single contributor to global PV growth this year, accounting for 40% of new capacity growth. In contrast, the European market is predicted to shrink by almost 3 GW this year, despite the strong start to the year in Germany.

"IMS Research remains optimistic about the potential for the U.S. PV market, and we predict it will grow to at least 3.5 GW in 2012 and become the world's third-largest PV market," Sharma says." The longer-term outlook for this market is less certain, although the speed at which it is developing so far in 2012 provides some encouragement."

Global demand is predicted to accelerate in the second half of the year, despite the slowing in the key European markets of Germany and Italy.

In fact, IMS Research predicts that solar installations will hit a new half-year record of almost 18 GW in the second half of this year, driven by markets such as China and Japan, as well as the Americas.

Photo courtesy of the U.S. Department of Energy