Home Solar News When Disaster Strikes, Solar Has The Power To Save Lives 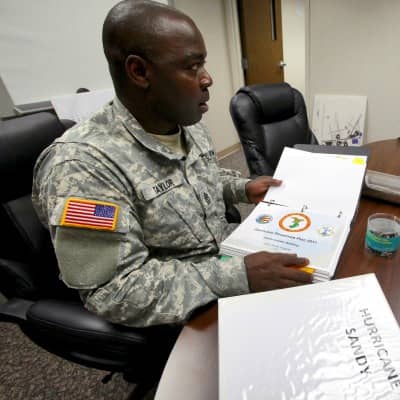 When the winds calmed and water receded after Superstorm Sandy in October 2012, the New Jersey National Guard was out rescuing people. Whether they found that young child under the rubble or safely guided an elderly man out of his home, the rescue was a direct result of the work being performed by the task force at the Homeland Security Center of Excellence in Lawrenceville, N.J.

‘Emergencies are our number-one priority,’ says Sgt. 1st Class Richard E. St. Pierre, who works at the center that is part of the New Jersey Department of Military and Veterans Affairs. ‘It's our responsibility to find roads that are safe for our teams to go out on to rescue people. Without an emergency operations center like ours, quick and efficient response to any emergency would be hindered if not incapacitated completely.’

The project is not only supporting a center that is saving lives during natural and man-made disasters, but also providing the center 61% of its annual energy needs and saving the National Guard and taxpayers considerable money.

‘This project is enhancing homeland security,’ says Jose Diaz, project manager, U.S. Army Corps of Engineers, New York District. ‘The overall effort in the use of renewable energy resources is to provide a level of energy security that will allow operation of our military facilities against any future fuel shortages and embargoes, as well as natural disasters.’

Army Corps contractor P&S Construction Inc. of Lowell, Mass., performed the work that involved installing 300 solar power panels on a 16,775 square-foot area of roof on a warehouse adjacent to the center.

These panels were added to a panel system that was already on the warehouse roof, boosting their renewable energy capabilities from 321 kW to 550 kW.

The enhanced solar power system is serving the center's energy needs and reducing the load the center places on the electrical grid during the highest and most costly energy demand days in the peak summer months.

‘These roof-mounted systems will provide a future cost avoidance to the National Guard and save taxpayer's approximately $110,000 annually,’ Diaz says.

This project is also tied to the public power grid so that excess energy can be shared with the community. 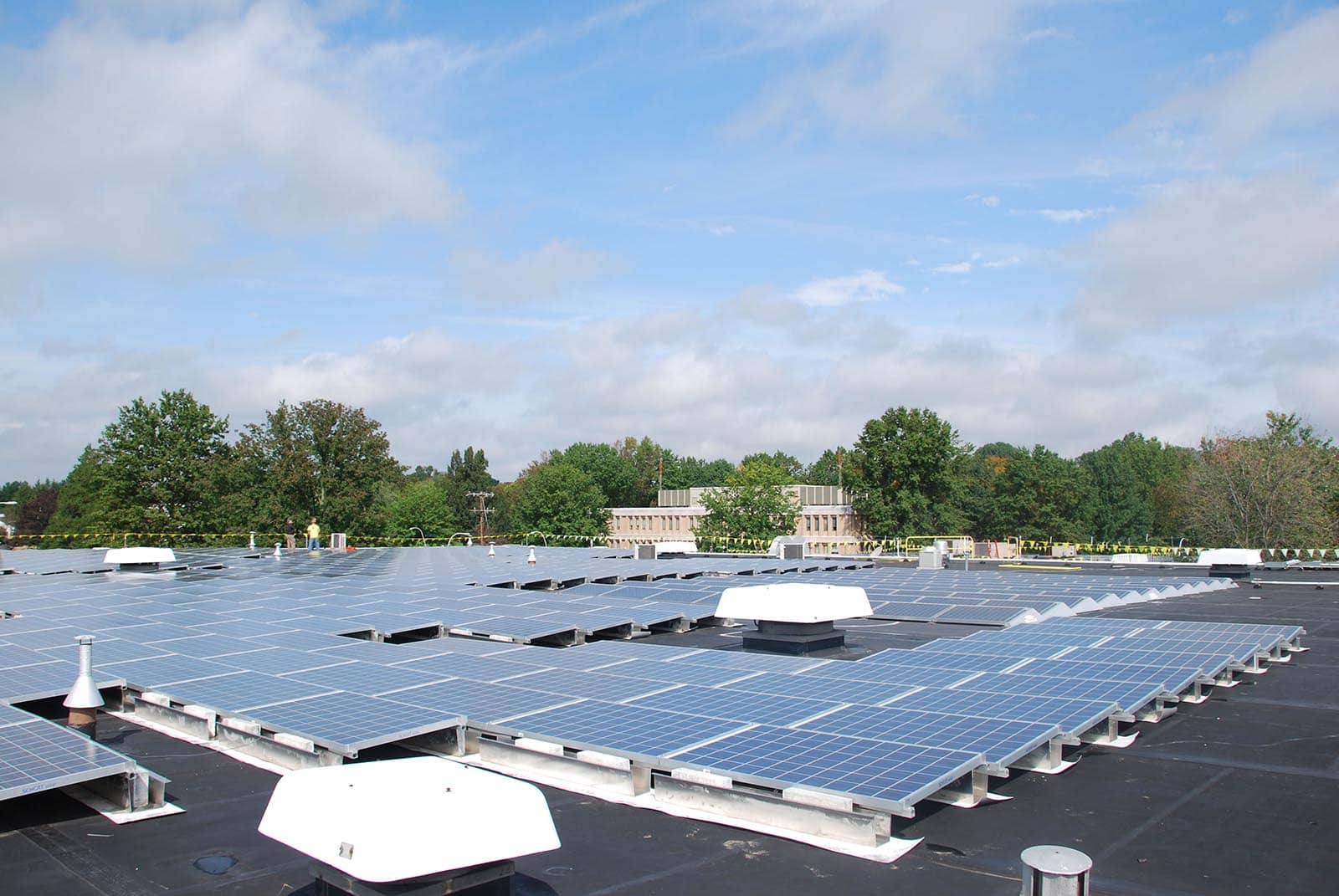 Like all of the New Jersey National Guard's solar power projects, the Lawrenceville system is under the State of New Jersey's Solar Renewable Energy Certificate Program. Under this program, solar system owners who generate over 1,000 kWh of electricity per year connected to the public power grid receive certificates.

These certificates are then publicly sold and traded to New Jersey businesses and individuals, enabling them to receive solar power benefits without building a solar power system themselves. The revenue is returned to the solar system owners.

This won't be the last solar power project the Army Corps creates for the New Jersey National Guard. They are starting another project at the New Jersey National Guard's National Training Facility headquarters in Sea Girt. They are constructing a 500+ kW carport system to help create a net-zero installation – an installation that produces as much energy on the site as it uses over the course of a year.

‘These projects are helping the New Jersey National Guard reach its renewable energy goals. The Guard wants 25 percent of its power to come from renewable energy sources by 2020,’ Diaz says. ‘In addition, this solar power system will also help conserve valuable natural resources, improve air quality due to the fuel-free nature of solar electricity generation and serve as a showcase for integrating renewable energy into military facility operations.’


JoAnne Castagna is a public affairs specialist and writer for the U.S. Army Corps of Engineers, New York District. She can be reached by email at joanne.castagna@usace.army.mil.