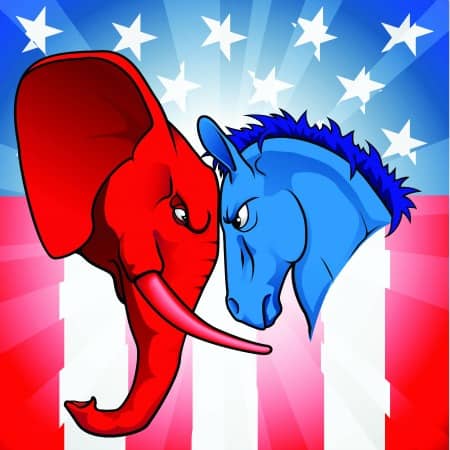 Meanwhile, the presidential candidates themselves – as well as their respective political parties – have made clear their stark differences in their approaches to funding (or not funding) solar energy technologies and project development.

But as Romney and Obama prepare to go head to head in their first televised debate this week, a new national survey reveals – perhaps surprisingly – that most voters of all political stripes actually support solar.

‘On the eve of our first presidential debate, I can say that public support for solar has never been stronger,’ Resch said during a conference call discussing poll results.

According to the survey, which was conducted by Hart Research for SEIA, more than 9 in 10 – 92% – of voters believe it is ‘important’ for the U.S. to develop and use more solar energy. Fifty-eight percent described developing more solar as ‘very important,’ while 34% thought it was ‘somewhat important.’

The poll, which was conducted online and included responses from 1,206 adults, was deliberately structured to include a larger-than-usual share of swing voters, noted Molly O'Rourke, a partner at Hart Research.

Those swing voters generally were found to have favorable views of solar energy and government programs, such as tax credits and other incentives, designed to accelerate solar deployment.

Overall, 78% of respondents said that the federal government should provide financial incentives for solar; 79% of swing voters agreed. Ninety-one percent of Democrats surveyed supported this type of government support, as did 78% of independents and 63% of Republicans.

Despite all the political fallout from bankrupt solar module manufacturer Solyndra and the resultant investigations into the Department of Energy's loan-guarantee program, a large number of voters from both political parties, as well as independents, stated that the government should do more to help promote solar power.

Although the share of Democrats (83%) and indepedents (80%) with that view was larger than the share of Republicans (50%) who agreed, 70% overall wanted to see the government play a larger role in promoting solar power – a ‘strong majority,’ according to Hart Research.

According to O'Rourke, it is unusual to see such a high number of voters extend their support of a particular cause or issue into agreeing that government should provide funding. ‘This is not an automatic or obvious jump to make,’ she pointed out. ‘There are many things that voters like and feel good about that they still don't want the government to play a role in.’

In addition, voters' ‘good feelings’ about solar were firmly grounded in specific attributes – another rare finding in these types of political surveys, O'Rourke says.

Solar's environmental friendliness ranked at the top among swing voters and survey respondents in general. Respondents also praised solar power's potential to reduce electricity costs and the U.S. dependence on foreign oil, as well as its capacity for supporting U.S. jobs.

Voters even showed a clear preference for solar over other forms of renewable energy: When asked which energy source (if any) the federal government should support, 64% selected solar. Wind power placed second at 57%, followed by hydropower, at 38%. Notably, however, 20% of respondents said that no tax subsidies or incentives should be provided to any energy source.

Similarly, when asked to describe their overall impressions of various types of renewable and nonrenewable energy types, respondents ranked solar at the very top, with 85% stating that they had a positive impression.

‘While there are certainly other favorable energy sources on this list – including wind power, hydropower and natural gas – none of them rival the favorable feelings around solar,’ O'Rourke said.

Solar professionals will likely find such results encouraging, but they must also be aware that some of the public's standard qualms persist.

For instance, two-thirds of respondents still think that solar power is ‘too expensive for most consumers,’ and more than half (54%) believe that solar is impractical for many regions of the U.S.

Additionally, whether as a consequence of super-PACs' anti-solar ads or as a result of other factors, a sizeable number of voters – 42% – stated that the federal government's promotion of solar power has caused ‘wasteful’ government spending. Forty-three percent of swing voters expressed similar concerns.

Doubts about reliability and efficiency also cropped up, with 29% of respondents agreeing with the statement that solar is inefficient and 27% agreeing that solar is not reliable.

SEIA's Resch suggested that consumers' top concern – costs – may be a result of lagging perceptions. Industry professionals know that module prices have dropped precipitously in recent years, but the average voter does not pore over market research reports on a regular basis.

‘Obviously, the industry is doing what we can to lower costs, and we need to continue to communicate to consumers what's happening,’ Resch said.