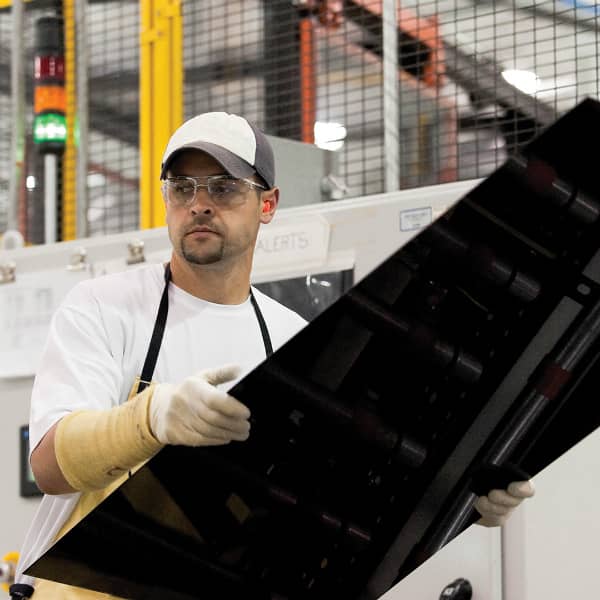 The credits are the remnants of $2.3 billion in funding authorized under Section 48C of the American Recovery and Reinvestment Act of 2009, and they cover 30% of the cost of new, expanded or re-equipped facilities in the U.S. for manufacturing wind turbines, solar panels and other equipment used in renewable energy projects.

This means that up to $500 million of green manufacturing projects in the U.S. can benefit from the credits. However, the credit allocation for each project is limited to $30 million.

The DOE will rank proposals based on how many jobs they are expected to create, the potential innovation in product lines and cost reductions, and the degree to which the products the factories make help to reduce air pollution and greenhouse-gas emissions. A proposal will not receive a ranking unless the DOE concludes that it has a"reasonable expectation of commercial viability." The department will also look at how much benefit the government will receive per dollar of tax credits.

The fine print
Companies seeking to apply for the clean energy manufacturing tax credits should be aware that a significant change in plans later on could lead to a loss of tax credits. A change is considered significant if it might have caused the DOE to assign the project a different ranking. In a later audit, the IRS may still challenge whether a project was entitled to the tax credits a company claimed.

The tax credits may be recaptured if the factory or an interest in the factory is sold within the first five years after the construction of the facility is completed. However, only the"unvested," credits will be recaptured. The credits vest ratably over five years; thus, if a factory were to be sold in year two, 80% of the tax credits claimed would have to be repaid to the government.

There are two potential federal tax subsidies on the project. The owner can claim the 30% tax credit and also depreciate – or deduct – the cost of the project. However, if a tax credit is claimed, only 70% of the cost can be deducted.

Most individuals, limited liability companies (LLCs) or partnerships cannot use tax credits or depreciation efficiently to reduce their tax liability because of special rules that do not allow investment-type tax credits to be used against tax liabilities on most types of income, such as wages, interest and dividends. Large corporations are usually the best users of tax benefits because they have very few limitations on using tax credits.

Many manufacturers are family owned – or, in this market, operating with slim profit margins – so they may have difficulty using the credit and depreciation immediately. Companies that do not owe any taxes in the year they get the tax benefits can store the credits on their balance sheet until they do owe tax to the government.

These tax benefits can be stored as an asset for up to 20 years, but it is an asset that does not increase in value or offer any return to its owner. In other words, it has the same value today as it will have in 10 or 20 years.

For this reason, bartering the tax benefits to someone who can use them immediately is often an efficient way to raise capital. There are three common ways to barter tax benefits and still retain control over the facility: a partnership-flip transaction, a sale-leaseback transaction or an inverted lease.

In a partnership flip, an investor either would purchase an interest in an LLC that owns the facility or make a contribution to the LLC in exchange for an interest in the LLC. For tax purposes, the LLC would turn into a partnership when the investor becomes a member. The economic returns (including the tax credit), except possibly cash, would be allocated 99% to the investor. Once the investor reaches its specified return, its share of the deal would flip down to 5%.

In a sale-leaseback, the manufacturer would place the facility into service and then sell the equipment to an investor within the next three months and lease it back. (In a partnership flip, the investor must be a partner before the project is placed in service. In a sale-leaseback, the investor has up to three months after the project is completed to invest.) In this case, the investor would own 100% of the equipment, and the lessee would pay rent and share the value of the government subsidies (tax credits and depreciation) with the investor in the form of a reduced rent.

The timeline
In order to be considered for the tax credits, companies must submit a concept paper to the DOE by April 9 and an application both to the DOE and the IRS by July 23. The DOE's recommendations are due by Oct. 11, and the IRS will then work down the DOE rankings to award credit allocations.

The IRS will accept or reject the DOE's recommendation by Nov. 15. Any company awarded tax credits will face two deadlines: The manufacturing project must be shovel-ready within one year of receiving the award, and it must then complete construction within three years.

John Marciano III is a partner and Kamran Idrees is an associate at law firm Chadbourne & Parke.

Photo: First Solar's Perrysburg, Ohio, factory. (First Solar has not announced whether it has applied – or will be applying – for any of the newly released tax credits.) Photo credit: First Solar