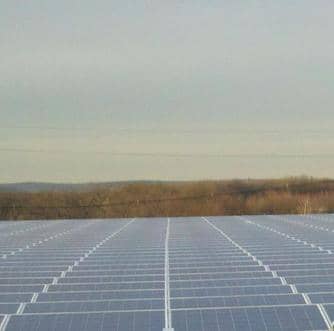 A change in policy direction has cast doubts on the future success of the New Jersey solar market, which is currently the second largest in the U.S.

The state's 2011 Energy Master Plan (EMP), which was recently released by the office of Gov. Chris Christie, R-N.J., reiterates the state government's support for the development of renewable energy and maintains an existing renewable portfolio standard (RPS) of 22.5% renewables by 2021.

(This EMP's predecessor – the 2008 EMP – proposed a renewable energy goal of 30% renewables by 2030. Although this 30% goal is not in place as a formal RPS, expressing plans to meet only the mandated 22.5% goal amounts to scaling back renewable energy procurement compared to earlier plans, according to the New Jersey Sierra Club and other detractors of Christie's plan.)

The plan also criticizes several facets of the state's solar policy and makes recommendations for revisions that could jeopardize New Jersey's leadership position in solar project development, according to some organizations.

Based on these trends – as well as the nation's economic downturn since the issuance of the last EMP in 2008 – New Jersey's solar policy programs have become unrealistic to support in their current forms, according to Christie's report. The solar renewable energy certificate (SREC) market and solar alternative compliance payment (SACP) market came under particular fire.

In order to stimulate the solar development market by making SRECs the primary mode of compliance, SACP prices have been deliberately set high. ‘Hence, SRECs have been high enough to support the installation of solar with a low cost for the homeowner or business,’ the report explained.

‘The ability to recoup rapidly investment on solar installations has doubtless benefited the solar industry and the participating household or business, but has not created significant benefits to the cohort group of non-participants who ultimately bear the cost of solar technology,’ the report continued, adding that New Jersey's SACP levels are the highest in the U.S.

In order to spare ratepayers from what he warned could become a ‘financial albatross,’ Christie called for a reduction of the SACP by 20% in 2016, with further reductions of 2.54% each year thereafter, until 2025. The cuts align with projected decreases in the installed costs for solar – particularly for new, lower-cost technologies, he noted.

Christie also criticized the Solar Energy Advancement and Fair Competition Act (SEAFCA), enacted in January 2010, which sets solar-specific procurement requirements for electricity suppliers. Because the SEAFCA requirements are expressed in absolute gigawatt-hours that do not take into account future efficiency measures, they create ‘artificial demand’ that results in ‘high and expensive subsidies for solar in good and bad economic times,’ he said in the report.

Overall, the cost of New Jersey's solar RPS compliance could exceed an earlier $10.9 billion estimate and account for approximately 25% of policy compliance on the residential electricity bill, according to the report.

In light of these findings, the EMP recommended a re-evaluation of cost-benefits analyses of other existing solar policies, including incentives for residential customers.

‘Given current economic conditions in New Jersey and the bleak prospect of a return to economic 'normalcy' sometime soon, solar subsidies should be applied in a sensible fashion,’ the report said. ‘Solar subsidies should enhance job growth and job retention objectives and should contribute to the reduction in taxes without inadvertently transferring wealth from non-participants to participants throughout New Jersey.’

The EMP's third main solar policy recommendation concerns project locations. In keeping with the plan's focus on supporting renewable energy projects that provide the widest benefits, Christie recommended that the state pursue large-scale solar development on brownfields and landfills, rather than on land that may serve other productive purposes.

‘Although a number of utility-scale solar installations have been proposed for, and installed on, what were previously working farms, the Christie administration does not support the use of ratepayer subsidies to turn productive farmland into grid-supply solar facilities,’ the EMP said.

Christie's EMP was greeted with mixed reaction from the Solar Alliance, which represents solar manufacturers, integrators and financiers.Â

Carrie Cullen Hitt, president of the Solar Alliance, said that although the plan reinforces New Jersey's historical support of solar power and does not, in fact, represent a major departure from existing policies, some of the report's analysis appears flawed.

‘The Solar Alliance agrees with the focus within the EMP regarding rigorous 'net economic benefit' analysis. However, the current draft does not apply this principle consistently,’ she said in a statement. ‘And with regard to solar specifically, some of the costs are either outdated or misconstrued, while some of the benefits have been overlooked or de-emphasized.’

According to Hitt, the EMP used ‘outdated and erroneous’ cost estimates for solar technologies and ‘questionable’ estimates of future compliance costs, as well as an inaccurate evaluation of solar benefits relative to those of other technologies.

The EMP also underestimates the value of small behind-the-meter installations, Hitt said, adding that these types of projects provide a stream of business for more than 200 local dealers and installers in New Jersey.