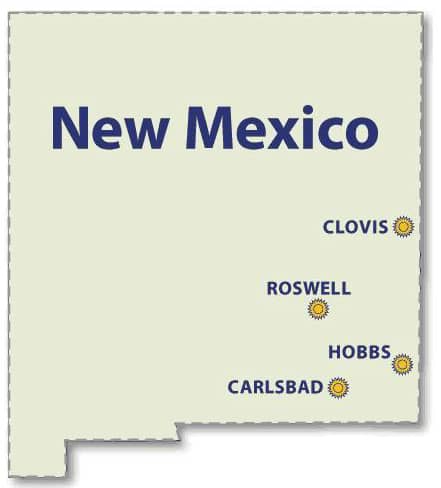 Xcel Energy is adding 140 MW of photovoltaic solar energy to its Texas-New Mexico generation mix with an agreement to purchase the output of two planned solar developments near Roswell, N.M.

The company has signed two long-term power purchase agreements with affiliates of Florida-based NextEra Energy Resources LLC and expects to add the solar energy capacity in 2016 before valuable federal investment tax credits terminate for new projects. The two contracts are subject to approval from the New Mexico Public Regulation Commission.

David Hudson, president of Southwestern Public Service Co., an Xcel Energy company, says the cost of the solar energy to be purchased, aided by New Mexico's production tax credit, is competitive with Xcel Energy's gas-fueled generation and will further support the company's goal of keeping fuel costs low by using a resource that requires no fossil fuel, has no emissions and doesn't require water to cool its systems.

‘We are making these purchases because they make good sense economically,’ Hudson says. ‘Not only is solar energy dropping in price, it also displaces megawatts generated from some of our older, less-efficient natural gas-fueled plants. This saves on fuel costs and environmental compliance for years to come, and these savings are passed directly on to our customers in Texas and New Mexico.’

Xcel Energy announced in 2014 that it was seeking up to 200 MW of solar energy for its Texas-New Mexico system. At roughly the same time, NextEra was looking to build three solar projects near Roswell in Chaves County, N.M. The output of two of these three projects will make up the Xcel Energy purchase.