Home Solar News Xcel’s Solar*Connect: More Options Or A New Battlefront In The War On... 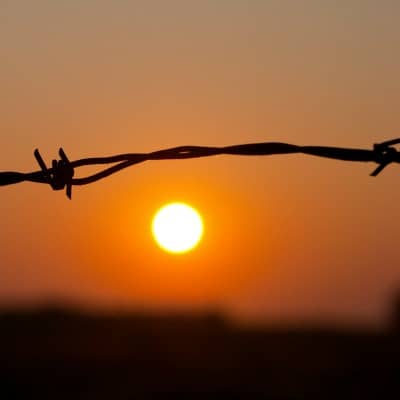 On April 3, Xcel Energy in Colorado – a.k.a., Public Service Co. of Colorado – submitted an application to the Colorado Public Utilities Commission (PUC) for approval to begin a solar energy-based green pricing program dubbed Solar*Connect. Xcel customers may recognize this as a solar version of its existing Windsource program – another green pricing offering with a checkered history.

Those who have been following the net metering wars know that Colorado is one of the current battleground states, and this application must be viewed in the context of that battle. If you cut through the spin, it becomes clear that this is yet another salvo in Xcel's war on not only the small distributed generation (DG) solar generator, but on community solar gardens (CSG) as well.

In Xcel's most recent Renewable Energy Standard Compliance Plan docket, the utility has taken this one step further in asserting that compensating net metering customers at the retail rate presents an additional subsidy that should go against the retail rate cap. That is a separate debate worthy of its own discussion. The concern here is whether the utility's monopoly/monopsony power gives it an unfair competitive advantage over alternative solar options.

In SI's recent article on the Xcel Solar*Connect program, the author cites select industry sources – including one CSG developer – as being unconcerned with the utility's proposed offering. If developers of rooftop systems and CSGs are not seriously concerned with the Solar*Connect proposal, they certainly should be. But, given the utility's hegemony over the market, it is not surprising that they would publicly try to put a happy face on it. With that said, both Clean Energy Collective and SunShares, who each were previously selected to develop significant solar gardens in Xcel territory, have filed to intervene in the Solar*Connect proceeding.

In a video interview posted to the Denver Post website on April 6, Xcel Vice President Frank Prager states that Solar*Connect is targeted toward the consumer who lives in an apartment or whose home is poorly situated for rooftop solar and has no other choices. But this is disingenuous. CSGs were intended to overcome this precise objection by design. But, like net metering – and CSGs are sometimes referred to as virtual net metering – the billing for CSGs also lessens the subscriber's consumption from the utility, hence Xcel's objection. Moreover, given that the CSG bill credit includes a charge for distribution, Xcel's complaints about a subsidy are ameliorated.

In this public relations video, Prager also notes that Solar*Connect would provide a way around some of the geographic restrictions that limit the ability of customers to invest in solar gardens. But those were limitations that Xcel itself saw to it were put into the enabling legislation. The real solution is to provide clean-up legislation that removes these restrictions and enhances the flexibility of CSG offerings along with the ability of consumers to invest in the solar garden of their choice.

With Solar*Connect, like the Windsource program before it, Xcel is proposing to supply subscribers from a dedicated facility. Historically, Windsource subscribers paid for more wind energy than the dedicated Windsource facilities produced for a number of years. This was not just an oversight. It was documented and well known to the utility, which, at that time, took great pains to prevent it from being widely known.

It has long been a matter of concern whether it represents a conflict of interest for the utility to be both the collector of funds supporting renewable energy generation and the administrator of how those funds are spent. We now have a new concern in that Xcel in Colorado is seeking to offer a green pricing program that can only be considered a competitor to net metering and virtual net metering (i.e., CSGs).

Importantly, if Xcel's Solar*Connect application is approved as it stands, the utility's pricing flexibility would enable it to undermine both the Solar*Rewards net metering program and the Solar*Rewards Community program. The utility would like everyone to believe that the issues are distinct from those being discussed in the PUC's net metering docket 14M-0235E, but they are unmistakably interrelated. This matter has already been teed up in the Solar*Connect docket 14A-0302E at the Colorado PUC, and some of the intervenors have expressed the same concerns that I have just described.

In an effort to move the proceedings along before opposition sets in, on May 6, Xcel moved for expedited treatment of the Solar*Connect request for proposal portion of the docket. The matter of shortening response time was taken up at the PUC's weekly meeting the following morning and was soundly rejected. During that deliberation, the commissioners noted the interrelationships between all of the active solar dockets and that they must be considered as a whole.

It should be clear by now that the disagreement over Solar*Connect has the potential to be more than just a small skirmish, and is one that both the solar sector and ratepayers alike cannot afford to lose. To paraphrase the utility's ubiquitous advertising, ‘Let's do solar, and let's do it right!’

Richard P. Mignogna is principal consultant with Renewable & Alternative Energy Management LLC, a Golden, Colo.-based consultancy specializing in renewable energy technology and policy. He has served on the staff of the Colorado PUC and is a lecturer in the global energy management graduate program at the University of Colorado at Denver.