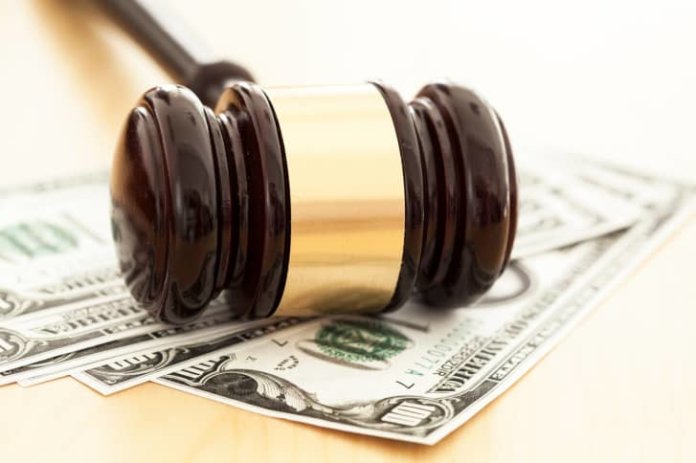 The New York Supreme Court’s Fourth Department recently overturned a tax assessment on solar-generating equipment that had been installed on university land to provide power to Cornell University’s campus.

Merrill L. Kramer, energy partner in the Washington, D.C., office of Pierce Atwood LLP, argued the case for petitioner Cornell University, along with university in-house counsel Jared Pittman and Shirley K. Egan. According to the law firm, the court found that the third-party-owned solar facility was not assessable as an “improvement” to the land.

Justice John J. Ark, writing for the court, found that the solar PV system in question was the personal business property of the solar electric service provider under an energy services contract with Cornell, and, therefore, it was not assessable as real property. Under New York law, personal property is subject to franchise, sales and income taxes but is exempt from “ad valorem,” or value-added, property taxes, explains Pierce Atwood. The court further held that if the solar equipment, as the Town of Seneca contended, were to be considered a permanent attachment to the university land and, therefore, real property, it would be exempt from real property taxes pursuant to Cornell University’s education exemption.

“We are very pleased with the court’s ruling. The decision clarifies how solar and wind facilities are to be treated under state tax law,” says Kramer. “The court’s guidance helps remove uncertainty that has plagued solar and wind developers, along with colleges and businesses in the state, and led some local authorities to impose tax assessments on these projects. The decision will encourage more clean energy project developers to look at New York as an attractive renewables market.”

Kramer adds that the decision is fact-specific. He also cautions that the lower court ruling is not binding on other courts and is subject to appeal.

“The court’s decision is important, as it removes a significant obstacle to Cornell University’s effort to become a carbon-neutral energy user,” adds Sarah Zemanick, Cornell University’s director of sustainability. “Renewable facilities like the Seneca solar PV project are crucial to Cornell achieving its goal of serving its campuses with clean, renewable energy. The ruling will ease the path for educational institutions to install renewable energy facilities under their sustainability programs, consistent with Governor Cuomo’s clean energy initiatives.”

Cornell University is a tax-exempt, not-for-profit educational institution under New York law, the firm says. In February 2015, Cornell entered into a power purchase agreement (PPA) with a third-party solar provider, Argos Solar, to construct a 2 MW solar PV facility on university research land in the Town of Seneca in order to meet the energy needs of its campus.

Cornell granted Argos a limited license pursuant to which Argos could enter the property to install and maintain the solar facility and sell power to Cornell for a 20-year term. At the end of the term, the license would expire and Argos would be required to remove the equipment, subject to an option by Cornell to purchase the equipment. The PPA stated that the solar equipment was “not to be regarded as a fixture or otherwise part of the premises or solar premises on which it may be located” and that Cornell must keep the solar energy property “free from all claims, liens and encumbrances.”

Cornell could terminate the PPA and have Argos remove the solar equipment if Argos defaulted under the contract. Conversely, Argos could remove the equipment if Cornell failed to pay for the electricity or otherwise defaulted under the contract. The solar PV system was financed by a lender that received a UCC-1 personal property security interest in Argos’ solar equipment as collateral security for an equipment loan to Argos, says Pierce Atwood.

The Town of Seneca’s planning board conditioned approval of the PV system upon its removal when use of the solar facility ceased. Cornell provided the town with a financial guarantee that the equipment would be removed, and the land restored to its prior condition, at the end of the service term.

Based on the facts and terms of the contract, the court held that the solar equipment was the personal business property of Argos and, therefore, was not subject to real property taxes. The court found that Cornell had no ownership interest in the solar equipment and Argos had no ownership interest in the underlying realty. It found that the express intent of the parties was that the solar PV system was not to be considered a permanent fixture to the property. The court specifically noted the limited nature of the license granted to Argos and the fact that the contract required the system’s removal upon termination or expiration of the PPA.

The court cited testimony of Argos’ chief engineer that the system was designed to be easily removed and the equipment would be used elsewhere at the end of the service term. The court pointed to the fact that the town had conditioned approval of the system upon its removal when use of the solar equipment ceased, and Cornell’s financial guarantee of the same. The town’s conditional approval “underscored the non-permanent nature of the PV system” and compelled a finding that “the PV equipment placed on Cornell’s tax-exempt land by a third-party service provider is removable personal property and, as such, not subject to real estate taxes.”

The court alternatively held that even if the equipment were found to be a permanent fixture, as the town contended, it would be deemed to be part and parcel of Cornell’s property and therefore tax-exempt under Cornell’s educational exemption, citing Colleges of the Seneca v. City of Geneva, 94 N.Y.2d 713 (2000) and Pace College v. Boyland, 4 N.Y.2d 528 (1958).

The court rejected Seneca’s contention that the solar PV equipment fell within the statutory language of Real Property Tax Law §102(12)(f), which defines as real property “power generating apparatus … and equipment for the distribution of … power.” Citing precedent, the court found that this language was intended to encompass “only such facilities as would be common to all manufacturing structures, such as the usual plumbing, sewage and heating facilities, and not those present due to the particular manufacturing process involved.” Equipment falling under this provision required a finding that it was “so inextricably attached to real property as to become a part thereof.”

According to the law firm, because the solar equipment was present only for Argos’ use in providing electric service to Cornell under the PPA and was not integrated into a building or structure so as to make the “system” and energy consumption a functional part of the building or structure, it was not encompassed in the provision.

A lack of clear legal guidance has led towns, school districts and other local authorities to assess third-party-owned solar and wind facilities providing power under service agreements as “improvements” to real property, explains Pierce Atwood. The assessments often have been subjective and substantial. The erratic application of the law has created uncertainty in the state, added to the cost of installing solar and wind projects, and caused developers to walk away from their projects, the law firm contends.

Local authorities in New York generally have power to tax real property, but not tangible personal property or business equipment, which is statutorily exempt from ad valorem property taxes.

To distinguish between real versus personal property, New York, like most states, applies the traditional three-part common law test. The test looks to see whether the property is 1) actually or constructively annexed to the realty, (2) expressly adapted to the use or purpose of the realty with which it is connected, and (3) intended by the parties to be a permanent accession to the property. All three parts of the test must be satisfied for property to be considered real property. The three-part test is often referred to as the law of fixtures and is codified under the Real Property Tax Laws. Until Cornell University, the courts had not had an occasion to address the application of the law of fixtures to solar or wind facilities.

The first prong is referred to as the grantor-grantee test, under which the question asked is whether, in a sale of the underlying land, the seller intends for the chattel (i.e., the equipment) to convey with the land to the buyer. The general presumption in New York is that third-party-owned property on land used in a trade or business belongs to the business owner; i.e., it is “personal” to the owner and does not convey with the sale or transfer of the realty. Personal property becomes real property when the former chattel becomes adapted to the general utility of the real property and the parties intend for it to become a permanent affixation that conveys as part of the sale of the realty. Business property remains personal property even where the equipment is affixed to the land or building.

Most states applying the three-part test have found that solar panels, wind turbines, and related wind and solar equipment are tangible personal property, not real property. The Internal Revenue Service similarly has made a 30% federal investment tax credit available to solar facilities, but not the underlying land, largely because the equipment qualifies as personal property and not real property. The NY Department of Taxation and Finance has found that solar and wind energy equipment is personal property under the sales tax laws. The courts, however, had not squarely addressed this question until the Cornell decision, according to the law firm.