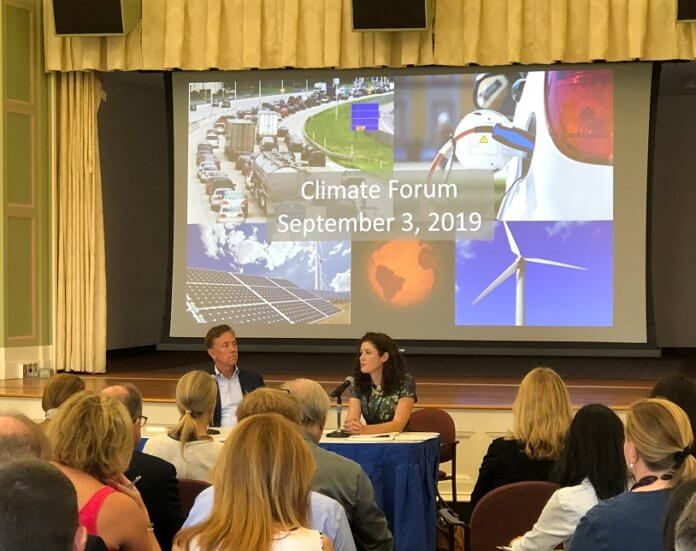 Specifically, Executive Order No. 3 directs the state’s Department of Energy and Environmental Protection (DEEP) to analyze pathways and recommend strategies for achieving a 100% zero-carbon target for the electric sector by 2040.

This move is designed to accelerate the achievement of the goals in the state’s 2008 Global Warming Solutions Act and the 2018 Act Concerning Climate Change Planning and Resiliency, spur innovation in carbon-reduction strategies and economic development throughout the state and region, and ensure that strategic electrification strategies for decarbonizing the transportation and buildings sectors will result in real emission reductions.

In addition, the order calls for expanding the responsibilities of the governor’s Council on Climate Change, which was created in 2015 by former Gov. Dannel Malloy. The order also adds several seats to the council who will represent represent municipal government; health, equity, affordability and environmental justice advocates; and previously unrepresented state agencies.

Lamont says his executive order builds upon recent action his administration has taken on climate change. Two weeks ago, for example, DEEP issued a 2 GW request for proposals for offshore wind energy.

“Climate change is an urgent, existential threat that must be tackled immediately, and under the leadership of this administration, I am going to see to it that Connecticut remains a national leader on climate action,” Lamont says. “While the highest levels of our federal government are refusing to accept scientific facts, we need state governments to unite and address one of the most pressing international problem of our times.”