The project, which contains more than 200,000 panels, is being built on land south of Colorado Springs. With this addition, Duke Energy Renewables has two solar projects in Colorado totaling more than 70 MW.

“We’re thrilled to work with Duke Energy to bring additional clean generation to Colorado Springs,” notes Michael Martin, president of juwi Americas. “We’re grateful that the Colorado Springs Utilities Board had the vision for this type of project and for the support received from Woodmoor Water & Sanitation and El Paso County’s local officials. These efforts have elevated Colorado to the national stage of renewable energy development and investment.”

Duke Energy Renewables entered into an engineering, construction and procurement agreement with juwi for the construction of the project. juwi, through a subsidiary, JSI Construction Group, is overseeing construction, which began in the first quarter of the year.

Duke Energy Renewables anticipates construction to be complete by the end of the year. The project is expected to generate enough energy to power approximately 19,000 homes annually.

“We’re pleased to continue expanding our solar footprint in Colorado,” says Rob Caldwell, president of Duke Energy Renewables, who adds that the project is “another positive step” toward Colorado Gov. Jared Polis’ goal of transitioning the state’s electric grid to 100% renewable energy by 2040. 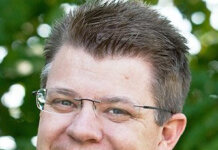