The Georgia Public Service Commission (PSC) has voted to approve a solar resource plan that should result in an increase in Georgia Power’s solar energy procurement by 6 GW to 9 GW through 2035 and add 500 MW of battery storage to the energy grid.

In addition to the solar and storage buildout, the PSC voted unanimously to create a collaborative Distributed Generation Working Group. The group – which will be composed of representatives from utilities, the solar industry and PSC staff – will develop recommendations for growing the distributed energy market in Georgia.

“It’s extremely heartening to see the commission prioritize growth of distributed renewable energy through the establishment of a working group,” says Tully Blalock, senior vice president of SolAmerica Energy and policy co-chair of the Georgia Solar Industries Association (SEIA). “Distributed generation is the clear path forward for Georgia’s economy, workforce, and public health. We’re excited to see the commission recognize the crucial role of distributed generation in such a tangible way.”

Also before the PSC was a vote to expand Georgia Power’s monthly net metering program by as much as 15%, bringing rooftop solar within reach for 75,000 Georgia households. Commission Vice Chair Tim Echols – who has been a champion for net metering expansion – brought the measure forward, before it failed in a 3-2 vote.

The program, which was introduced as a pilot in 2020, fairly compensates rooftop solar customers for excess electricity produced by their solar systems. The popularity and success of the program were quickly apparent, with thousands of Georgians signing up to receive the benefits of affordable rooftop solar. When the pilot reached its 5,000-customer limit in mid-2021, advocates began urging the PSC to lift the cap and expand solar access across the state.

“We applaud some of the commission’s decisions and are optimistic that the commission will address net metering in the upcoming Georgia Power rate case to bring affordable rooftop solar within reach for tens of thousands of Georgia families,” says Allison Kvien, Southeast regulatory director at Vote Solar. “Monthly netting empowers families to lower their monthly bills and contribute to a cleaner, more resilient energy grid through rooftop solar. We thank Vice Chair Echols and Commissioner McDonald for their leadership on this critical issue and will continue our efforts to make solar affordable and accessible to all Georgians.”

“Georgia took significant steps in expanding renewable energy development across the state today,” says Will Giese, Southeast regional director at the Solar Energy Industries Association (SEIA). “The solar and storage additions to Georgia Power’s integrated resource plan will help ease the inflation pinch on Georgia families through the procurement of stable, low-cost clean energy. While the commission missed an important opportunity to expand the state’s net metering pilot, it’s encouraging to see them create a distributed generation working group. In the face of rising energy prices, we will continue to advocate for solutions that expand clean energy access to all Georgia ratepayers.” 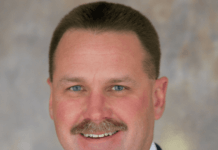