GRID Alternatives, which makes solar more accessible to low-income communities and communities of color, got its start in California in 2004. Since then, it has helped the state implement several low-income solar programs, including the Single-family Affordable Solar Homes program (SASH) and the solar portion of the California Department of Community Services and Development’s Low-Income Weatherization Program. Over 95% of GRID’s California installations have been funded through these programs, with additional support from GRID’s philanthropic and local government partners.

West got a new roof on her home through Rebuilding Together and the City of Rancho Cordova in preparation for her installation.

“I’ll be retiring in three years, and one of my big goals is to reduce my bills,” says West. “I never really understood solar, but now I do, and I know it will be a big help.”

The system will save her around $30 a month on electricity bills, according to GRID’s estimates.

Taken together, these systems represent 36 MW of clean power, according to the nonprofit. The projects have also provided solar training and education for 27,000 people.

“California has been a pioneer in making sure that lower-income residents and communities that bear a disproportionate burden of pollution are able to benefit in concrete ways from the state’s clean energy investments,” notes Erica Mackie, CEO and co-founder of GRID Alternatives. “We are proud and grateful to have worked alongside partners both in the public and private sector to accomplish this incredible milestone and look forward to doing even more together.”

Last month, the CPUC approved a 12-year solar rebate program for low-income homeowners living in disadvantaged communities that builds upon the success of the SASH program. 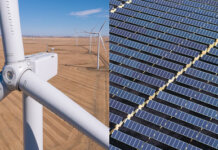