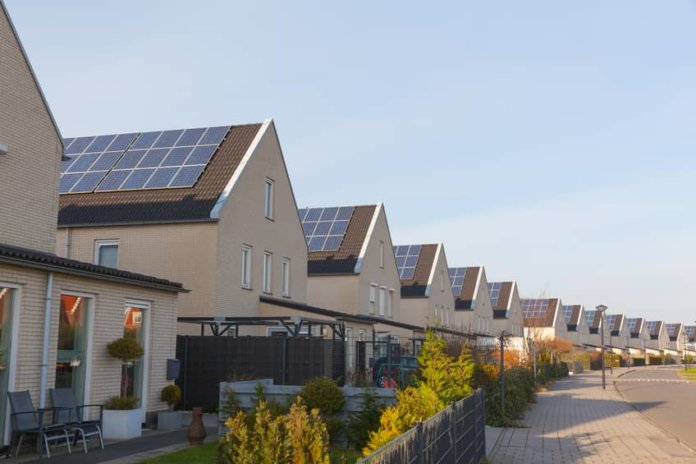 A new financing option offered by Fannie Mae has the potential to completely transform U.S. residential solar. For a long time, price has been one of the main issues keeping solar from being competitive with traditional energy. Although the per-watt cost of solar has plummeted in the past 20 years, the average charge for one kilowatt-hour of PV electricity still outranks the grid. Meanwhile, the installed price of household solar can require a commitment of $20,000 or more.

Unfortunately, that kind of buying power eludes many of today’s cash-strapped homeowners. In 2015, a study from the Federal Reserve concluded that almost half of Americans would be hard pressed to come up with $400 for an emergency. Independent consumer surveys further elucidate the problem: A Google questionnaire conducted by finance website GoBankingRates.com found that over two-thirds of participants have less than $1,000 in their savings accounts. And one in five takers responded that they had absolutely no savings to speak of.

For residential installers, consumers’ purchasing power matters. That’s because, until very recently, many homeowners didn’t have the option of financing a solar purchase like they do with other home improvements. Most major financial institutions don’t approve loans for renewable energy systems – and those that do generally only offer unsecured loans, meaning high interest rates. Although some areas provide property-assessed clean energy (PACE) financing, these bonds aren’t currently enabled in every state, so access really depends on location. Solar leasing offers another option, but it doesn’t necessarily make sense for all homeowners, particularly those who plan to resell at some point down the line.

Despite these issues with capital, public interest in solar is still growing. A 2015 Nielsen survey found that 71% of homeowners are interested in efficiency updates like solar energy. However, most of those surveyed hoped to spend no more than $5,000 to make these changes. But perhaps most notably, 70% said that a special loan program would incentivize them to purchase solar. Enter energy mortgages.

Making competitive financing a reality
Homeowners have long used Fannie Mae’s HomeStyle Renovation Mortgages to pay for housing improvements. This program benefits homeowners because it allows them to pay for both the mortgage and the cost of the renovation at the same time, rather than requiring a massive down payment. That makes it great for homeowners with regular income but little savings – a common enough situation.

Fannie Mae’s new HomeStyle Energy Mortgage works using a similar principle – once the mortgage has closed, 15% of the “as completed” home value can be applied toward a new solar energy system. Introduced this year as part of the U.S. Department of Housing and Urban Development’s effort to finance solar installations, the energy mortgage removes the initial commitment of a large down payment from the equation, providing access for first-time homebuyers as soon as they close on a home.

Interest rates for the loan, which hover just under 4%, are much more competitive than those offered by banks or, even in some cases, by PACE. But homeowners who have previously gone in for these programs are allowed to refinance through a mortgage loan, if they choose. And that means homeowners have a lot more options to make solar a reality in their homes.

Changing residential solar for the better
Beyond increasing access, the mortgage program adds legitimacy to the entire solar industry. It recognizes solar installations as a worthwhile home improvement, just like a bathroom remodel or other major project. And that should help steer the public’s perception of PV, rebranding systems as a mainstream alternative to traditional energy, rather than merely as a fringe interest or pet project.

Energy loans also provide additional capital for homeowners to use toward additional efficiency work, such as improved insulation or better HVAC systems. That’s important, given that homeowners with lower energy consumption numbers obviously get more out of their systems.

Lastly, the program takes some of the burden of financing off installers’ shoulders, allowing them to act as a service provider, rather than a financial consultant. And that should promote competition among solar installers, as homeowners will have the freedom to choose local companies instead of always going with a national chain that can afford to manage a solar leasing program. The more that solar becomes cost competitive with conventional energy sources, the more viable it will seem, comparatively. And that will make it even more of a draw for the mainstream.

The demographics of solar skew young. One consumer study found that more than half of millennials will sign up for solar panels in the next five years, for instance – so providing a financing option for first-time homebuyers may be a real game-changer. For solar professionals, who have eagerly awaited a time when solar would be a viable alternative to mainstream energy, their day may have finally arrived.