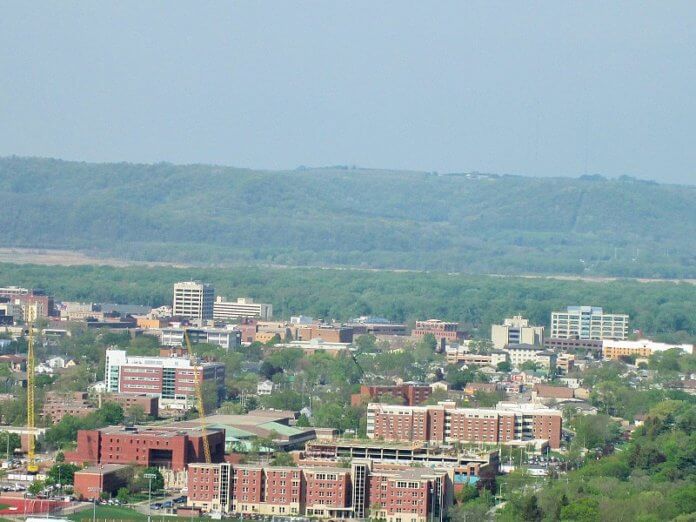 The city council of La Crosse, Wis., has unanimously passed a resolution establishing a goal of 100% clean, renewable energy across the city by 2050.

According to the Sierra Club, La Crosse joins Eau Claire, Madison, Middleton and Monona as the fifth Wisconsin city to adopt this goal. The city will also aim to achieve carbon neutrality by 2050. The City of Milwaukee also recently passed a resolution to achieve carbon neutrality by 2050 and to mitigate racial and economic equity through the jobs that would be created.

La Crosse’s resolution was drafted by members of the Coulee Region Sierra Club’s Ready for 100 team, the Sustainable La Crosse Commission, and a representative from the city planning department. As part of the resolution, the city “envisions a climate and energy planning process that will reflect community values and promote stakeholder participation to develop low-carbon means to reach these goals. Stakeholders include residents, low-income and minority populations, large and small businesses, local utilities, the educational community, institutions, the building and construction sector, transportation providers, waste companies, and many others.”

“We very much appreciate that the City of La Crosse had already set a goal to obtain 25 percent of its energy from renewable sources by 2025, but given the dire warnings we’ve received from scientists about looming environmental crises over the past year, we couldn’t stop there,” comments Kathy Allen, Sierra Club Ready for 100 lead volunteer in La Crosse. “Transitioning to 100 percent renewable energy will not only address environmental concerns such as climate change, it will improve human health by cutting air and water pollution from fossil fuels like coal and gas. We’re proud that La Crosse will be contributing to a healthier planet, healthier people and a healthy economy.”

How many solar panels will this require?

The goal is over 30 years. Technology for panels is still changing, so trying to predict number of panels today on the advances of technology during the next thirty years is a challenge. Next you need to ask what their use is hourly/weekly/seasonally, so you can plan the size of the renewable systems to match… again over a thirty year period. Finally it is always less expensive to implement energy efficiency programs in buildings (commercial/residential) and implement process improvements in industrial applications before just building out the energy systems to power old stuff. In thirty years, the old lighting systems… Read more »

I have a gas fired forced air house that is over 40 years old. Will you change the building code so that I cannot repair or replace my furnace?

To answer your first question. For solar to produce the electrical energy consumed in 2017 there needs to be approximately 475,000 solar panels but you would also need to include appropriate energy storage solutions. Solar panels measure 39″x65″. To answer your second question. No building code won’t change, considering your local government doesn’t do something drastic in enacting laws that ban natural gas retroactively. The more likely scenario is that the infrastructure for your furnace slowly goes away and it’s prohibitively expensive to repair, replace or operate. Gas is convenient and usage can basically go from 0-100% at any time… Read more »