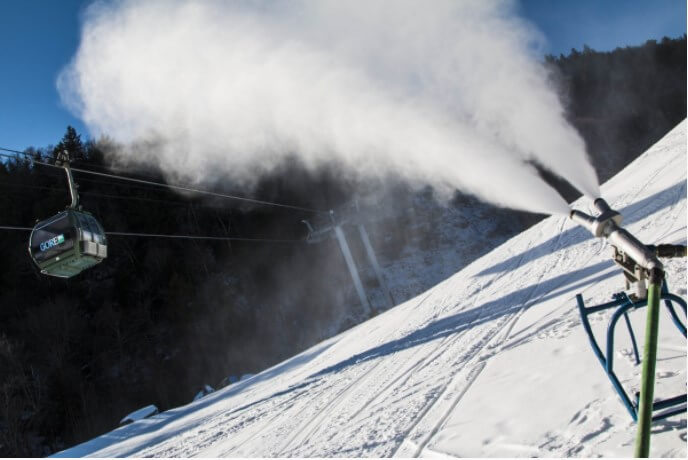 The New York State Energy Research and Development Authority (NYSERDA), the Olympic Regional Development Authority (ORDA) and Borrego Solar have announced the completion of Gore Mountain Ski Resort’s 5.3 MW solar array in Washington County, N.Y. According to NYSERDA, the state-backed project represents the largest solar installation dedicated to a ski resort in the nation and supports Gov. Andrew Cuomo’s goal to have 50% of New York’s electricity come from renewable sources by 2030.

Gore Mountain’s massive snowmaking system, lift operations, and other electrical equipment use about 13 million kWh of power and cost approximately $1 million in utility costs each year. NYSERDA says the 14,589-panel solar system is ground-mounted and remote net metered, meaning it was built off-site and the energy produced is exported onto the electricity grid, which Gore will receive credits for on its utility bill.

NYSERDA, ORDA and Borrego Solar dedicated the project with a ribbon cutting. The solar installation was developed and built by Borrego Solar Systems Inc. and financed by Syncarpha Capital.

Alicia Barton, president and CEO of NYSERDA, says, “Environmental stewardship and promoting renewable energy go hand-in-hand with Governor Cuomo’s commitment to provide clean energy to one of the North Country’s premier skiing venues. New York is leading by example in the fight against climate change by supporting renewable energy across all sectors and ensuring New Yorkers receive these benefits statewide.”

ORDA President and CEO Mike Pratt says, “Gore Mountain has strived to be a good steward of the environment. Gore has been recognized for these efforts with four different environmental awards. Ski areas are continually challenged by Mother Nature, and this solar array meets the expectations of our customers and our business plan. Eighty-five percent of the resort’s operations are powered through this solar energy power purchase agreement. This was a strong partnership of the developer, the solar company, NYSERDA, and the end user, Gore Mountain. We have been thrilled with the program and are proud of our efforts of sustainability with renewable solar power.”

ORDA invested in the solar project without any capital expenditures through a 25-year power purchase agreement (PPA) with Syncarpha Capital, allowing ORDA to pay the company for the power generated by the solar facility at a cost below current utility rates. ORDA is able to offset the energy costs by contracting at a predictable, escalating rate through the PPA term. With the completion of this project, the solar PPA is expected to meet 85% of the ski resort’s electricity needs.

The land where the solar installation was constructed is privately owned and located in Whitehall, N.Y., 60 miles from Gore Mountain. In return for leasing the land, the owner will receive lease payments from Syncarpha Capital.

“Kudos to Gore Mountain and ORDA for their proactive approach and partnering with NYSERDA to deal with rising temperatures and rising energy costs, two of the biggest challenges our Northeast ski areas are facing,” comments New York State Sen. Betty Little.

“It’s clear from this project that the benefit of solar development extends far beyond the off-taker,” says Borrego Solar Project Developer Rob Garrity. “The landowners receive additional income that helps safeguard their livelihood; Borrego Solar and Syncarpha Capital were able to hire New York workers and invest in the local economy; New Yorkers breathe cleaner air; and the ORDA resort skiers are helping reduce their carbon footprint. Borrego Solar is truly thrilled to have developed this project.”

“This project is the culmination of a wonderful public-private partnership between numerous parties, including the State of New York, NYSERDA, ORDA, private landowners, Borrego, and Syncarpha,” says Cliff Chapman, managing director of Syncarpha. “We are very happy to be the financier and long-term owner/operator of a project that will bring such great benefits to so many residents and visitors of the state of New York.”

The project was supported through NY-Sun, Cuomo’s $1 billion initiative to advance the scale-up of solar and move the state closer to having a sustainable, self-sufficient solar industry. Since 2011, solar in New York state has increased nearly 800% and leveraged nearly $1.5 billion in private investments, according to NYSERDA. 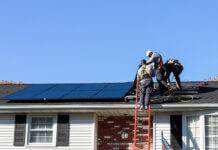 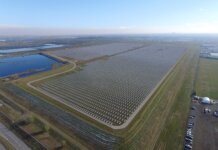 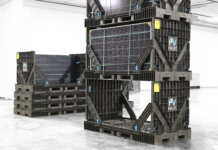