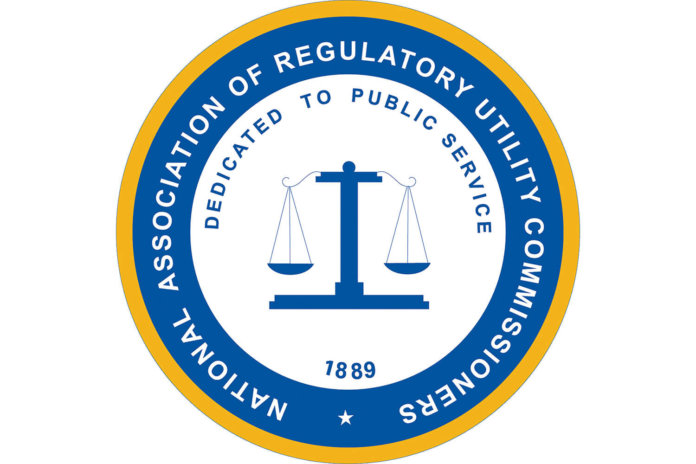 Today, the National Association of Regulatory Utility Commissioners (NARUC), the body that represents state public service commissioners in charge of regulating utilities across the country, formally adopted a resolution urging the U.S. Trade Representative (USTR) to “carefully weigh” the harm that American consumers might face from proposed trade remedies, including new tariffs, under the Section 201 case.

The U.S. International Trade Commission (ITC) revealed a variety of remedy recommendations in October and forwarded a report to President Donald Trump on Nov. 13, giving the president 60 days to take some form of action. Although the ITC report and further details are not yet public, the recommended tariffs are generally considered much lower than what co-petitioners Suniva and SolarWorld had requested.

The final decision on what, if any, trade remedy the U.S. should impose on solar imports will be up to Trump; however, the USTR, which also makes trade recommendations to the president, is currently accepting public comments regarding the Section 201 case and will hold a public hearing on Dec. 6.

In NARUC’s newly adopted resolution, the group says it “does not dispute the ITC’s finding of injury, but NARUC is concerned that at least some of the requested trade protections could significantly increase the price of solar panels and, therefore, the cost of solar electricity generation.”

NARUC adopted the resolution at its Annual Meeting and Education Conference in Baltimore. In it, the group declares that, “as regulators working to protect the public interest and to ensure safe, reliable and affordable sources of electricity, [we] urge the USTR, in its consideration of potential action, to carefully weigh the harm that could result to energy customers from increasing the costs of solar inputs across the country, and the potential challenges to achieving state renewable energy and greenhouse-gas goals that may result from higher solar energy prices.”

The Solar Energy Industries Association (SEIA), a major opponent of the Section 201 case, has applauded the resolution.

“We commend the NARUC commissioners for strongly speaking up for their constituents – American energy consumers,” says Abigail Ross Hopper, president and CEO of SEIA, in a statement. “Analysts project that the International Trade Commission’s recommendations, if applied, would inflate the cost of solar, thereby destroying demand and eroding billions of dollars in investment. As NARUC’s resolution points out, increased costs would also pose a challenge to state renewable energy and emissions goals.”

Hopper continues, “Today, solar is a force in America’s economy, employing 260,000 Americans and generating some of the least-expensive electricity in the nation. This impressive economic growth should not be derailed. We hope the USTR takes these concerns into consideration, as the solution here needs to be a constructive one that advances our nation’s economy, not contracts it.”