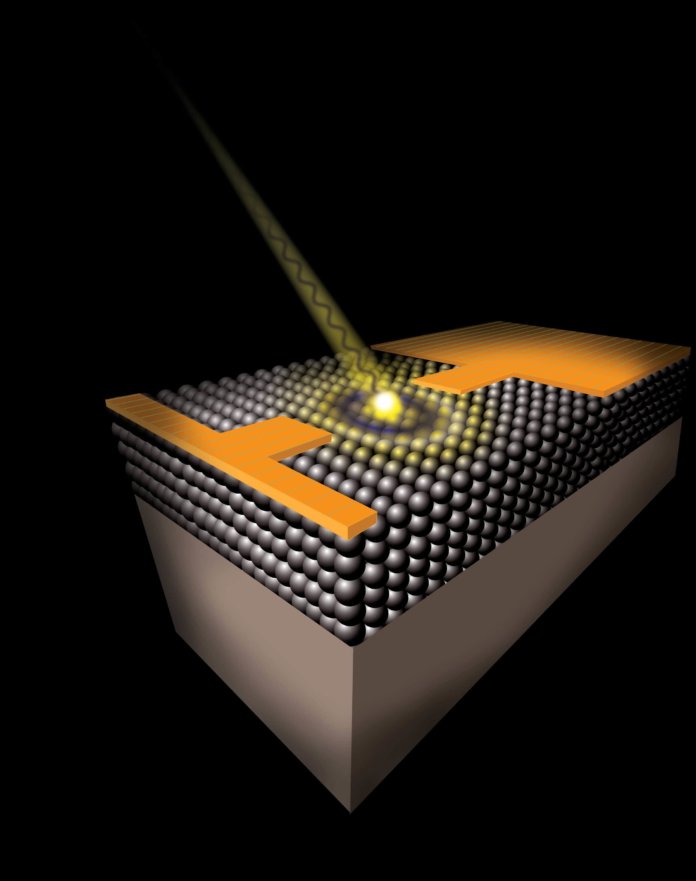 Solar cells and photodetectors could soon be made from new types of materials based on semiconductor quantum dots, thanks to new insights based on ultrafast measurements capturing real-time photoconversion processes, according to the Los Alamos National Laboratory.

“Our latest ultrafast electro-optical spectroscopy studies provide unprecedented insights into the photophysics of quantum dots, and this new information helps perfect the materials’ properties for applications in practical photoconversion devices,” says lead researcher Victor Klimov, a physicist specializing in semiconductor nanocrystals at the national lab. “Our new experimental technique allows us to follow a chain of events launched by femtosecond laser pulses and pin down processes responsible for efficiency losses during transformation of incident light into electrical current.”

As the lab explains, photoconversion is a process wherein the energy of a photon, or quantum of light, is converted into other forms of energy, such as chemical or electrical. Semiconductor quantum dots are chemically synthesized crystalline nanoparticles that have been studied for more than three decades in the context of various photoconversion schemes including photovoltaics (generation of photo-electricity) and photo-catalysis (generation of “solar fuels”). The lab says the appeal of quantum dots comes from the unmatched tunability of their physical properties, which can be adjusted by controlling the size, shape and composition of the dots.

According to the lab, interest in quantum dots as solar-cell materials has been motivated by their tunable optical spectra, as well as interesting new physics such as high-efficiency carrier multiplication – that is, generation of multiple electron-hole pairs by single photons. This effect, discovered by Los Alamos researchers in 2004, resulted in the surge of activities in the area of quantum dot solar cells that quickly pushed the efficiencies of practical devices to more than 10%.

Further progress in this area has been by hindered by the challenge of understanding the mechanisms of electrical conductance in quantum dot solids and the processes that limit the charge transport distance. One specific and persistent challenge of great importance from the standpoint of photovoltaic applications, Klimov says, is understanding the reasons underlying a considerable loss in photovoltage compared to predicted theoretical limits – a problem with quantum dot solar cells known as a “photovoltage deficit.” Los Alamos researchers at the Center for Advanced Solar Photophysics are working to address such issues.

By applying a combination of ultrafast optical and electrical techniques, the Los Alamos scientists have been able to resolve step-by-step a sequence of events involved in photoconversion in quantum dot films from generation of an exciton to electron-hole separation, dot-to-dot charge migration and, finally, recombination.

The high temporal resolution of these measurements (better than one-billionth of a second) enabled the team to reveal the cause of a large drop of the electron energy, which results from very fast electron trapping by defect-related states. In the case of practical devices, this process would result in reduced photovoltage. The lab says the newly conducted studies establish the exact time scale of this problematic trapping process and suggest that a moderate (less than ten-fold) improvement in the electron mobility should allow for collecting photogenerated charge carriers prior to their relaxation into lower-energy states. The lab says this would produce a dramatic boost in the photovoltage and, therefore, increase the overall device efficiency.

Another interesting effect revealed by these studies is the influence of electron and hole “spins” on photoconductance. Usually, spin properties of particles (they can be thought of as the rate and direction of particle rotation around its axis) are invoked in the case of interactions with a magnetic field, according to the lab. However, it was previously found that even a weak interaction between spins of an electron and a hole (so-called “spin-exchange” interaction) has a dramatic effect on light emission from the quantum dots.

The lab says the present measurements reveal that these interactions also affect the process of electron-hole separation between adjacent dots in quantum-dot solids. Specifically, these studies suggest that future efforts on high-sensitivity quantum-dot photodetectors should take into consideration the effect of exchange blockade, which otherwise might inhibit low-temperature photoconductance.

Quantum dot materials have been at the heart of research at the Los Alamos Center for Advanced Solar Photophysics, which has investigated their application to solar energy technologies such as luminescent sunlight collectors for solar windows and low-cost PV cells processed from quantum dot solutions.