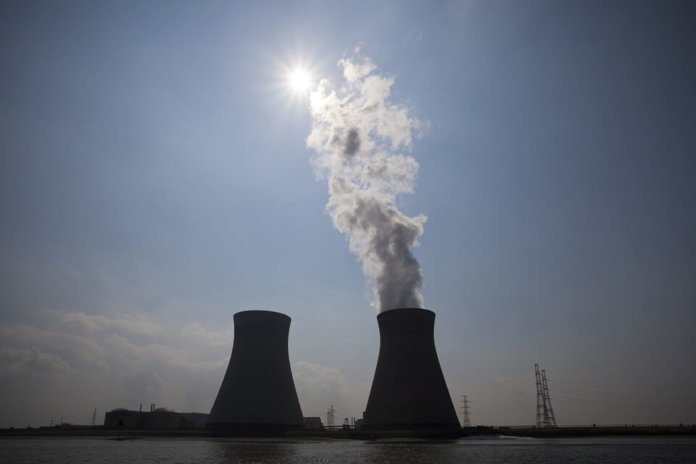 In an effort to prevent the “premature and permanent closure” of Pennsylvania’s nuclear power plants, State Rep. Tom Mehaffie, R-Dauphin, has introduced a bill that would add nuclear to the Pennsylvania Alternative Energy Portfolio Standard (AEPS).

According to Mehaffie, even though Pennsylvania’s nuclear power plants generate 42% of the commonwealth’s electricity and provide 93% of its zero-carbon electricity, nuclear has been excluded from Pennsylvania’s AEPS program, which currently recognizes 16 other forms of electricity generation.

Known as the Keep Powering Pennsylvania Act, H.B.11 would amend Pennsylvania’s AEPS Act to include nuclear energy as a qualifying energy resource under a new Tier III. As is the case with the existing AEPS law, Tier III would include a structure that requires the purchasing of credits.

“While much discussion will occur in the coming months about costs, the cost of doing nothing is $4.6 billion, including $788 million annually in higher electricity costs to consumers, whereas the cost of this bill is approximately $500 million – that’s an 8-to-1 benefit-to-cost ratio,” Mehaffie claims. “I see this situation as a win-win. Without nuclear energy, the typical residential electric bill will increase by $2.39 per month, but with nuclear energy, the typical monthly residential electric bill will only increase $1.77 per month, so the legislature can save Pennsylvania consumers money, keep our nuclear plants open and keep our air clean.”

Exelon Corp. has announced plans to shut down Three Mile Island (TMI) by September 2019, and FirstEnergy Corp. plans to shut down Beaver Valley Power Station in 2021 if “current market flaws” are not addressed, the lawmaker says. The Nuclear Energy Caucus, a bicameral and bipartisan legislative body, held hearings throughout 2018 to educate legislators about the importance of nuclear energy to the commonwealth, says Mehaffie.

“We’ve been working together with industry experts for many months on a comprehensive policy solution that levels the playing field for nuclear power while being mindful of consumers and taxpayers,” Mehaffie adds. “The result is legislation, supported by labor groups, business leaders, environmental advocates and workers, that will preserve Pennsylvania’s nuclear energy plants and the clean, reliable energy and good-paying jobs they provide.”

According to the lawmaker, “irreversible preparations” for the shutdown process at TMI would begin this June, adding to the urgency for a legislative remedy.

In response to the proposal, the Natural Resources Defense Council (NRDC) says the legislation fails to set limits on carbon pollution or raise renewable energy targets – nor does it require nuclear plants to make a showing of financial distress or narrowly tailor its support mechanisms to protect consumers. In short, the bill fails to put Pennsylvania on track for a transition to a clean energy economy, the group argues.

“This bill is nothing more than a windfall for aging, uneconomical nuclear power plants,” states Mark Szybist, senior attorney for climate and clean energy at NRDC. “It fails to limit carbon pollution or advance commonsense energy policy that transitions Pennsylvania away from nuclear power and dirty fossil fuels to renewable sources and energy efficiency. Moving this myopic bill forward would be a reckless failure of leadership, hinder meaningful job creation and squander the opportunity to put Pennsylvania on track toward a clean energy future.”