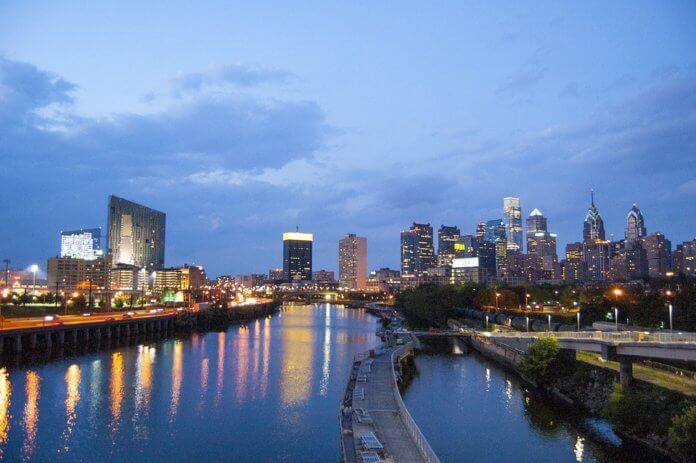 Philadelphia is the largest city in Pennsylvania and the sixth largest in the country. The city council’s adoption of the clean energy goal follows pressure from grassroots activists and other Pennsylvania suburban boroughs and townships that have passed resolutions of their own, including Upper Merion and West Chester, according to the Sierra Club.

The resolution commits to a “fair and equitable” transition to 100% clean, renewable electricity for municipal operations by 2030, for electricity city-wide by 2035 or sooner, and for all energy (including heat and transportation city-wide) by 2050 or sooner.

The resolution was introduced by Councilmembers Maria Quinones-Sanchez and Blondell Reynolds Brown and was co-sponsored by nine other councilmembers. It passed unanimously upon final vote, notes the Sierra Club.

“Dirty fuels hurt people and the planet. This city experienced a dangerous fossil fuel disaster just this summer when the PES oil refinery exploded, exposing Philadelphians to dangerous toxins – and this all while the climate crisis looms at our doorsteps,” says Pratima Agrawal, volunteer with Ready for 100 Philadelphia. “The stakes couldn’t be higher: We don’t have time to waste. While a commitment to clean energy is an important step, making good on that goal is essential.

“Getting our city completely off of fossil fuels will require bold and swift action in all sectors of the city and will need to be done equitably and in collaboration with the community,” Agrawal continues. “Moving forward, the Philadelphia Ready for 100 team hopes to work with all stakeholders in Philadelphia, such as communities of color, labor unions, city officials, PECO and businesses, to do the continued planning and action that will be required to achieve this vision.”

Christine Knapp, director of the office of sustainability with the City of Philadelphia, adds, “We know we have more work to do and look forward to working with all stakeholders to achieve our goals of 100 percent renewable energy as soon as possible.”