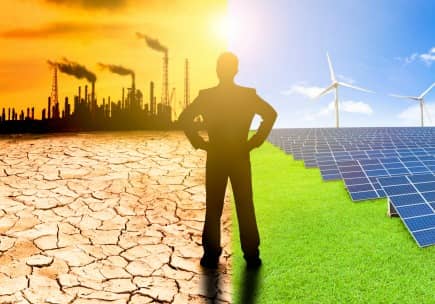 A new report commissioned by clean energy developer Community Energy Inc. finds that replacing Colorado’s aging coal plants with a mix of wind and solar backed by battery storage and natural gas could save the state’s electric customers almost $250 million per year, representing roughly $2.5 billion in cumulative net savings through 2040.

The modeling study – prepared by Vibrant Clean Energy LLC, an energy grid modeling firm based in Colorado – shows the proposed fleet of new clean energy resources would also cut Colorado’s statewide annual carbon emissions from electric generation by almost 65% over the planning horizon as compared to today’s levels. From a statewide perspective, according to the report, this is consistent with the emission reductions required for Colorado to achieve its pro-rata share of international climate change targets.

“Colorado has the opportunity to lead decarbonization in the power sector while lowering customer bills by an average of five percent and providing coal plant owners the opportunity to recover sunk costs associated with retiring aging coal plants,” says Eric Blank, founder and strategic lead at Community Energy Inc. “The key to unlocking these benefits is to create a legal framework that enables utilities to voluntarily retire the coal plants. Otherwise, it could take years to negotiate or litigate utility cost recovery, replacement power costs and impact on local communities.”

Using assumptions from recent Colorado Public Utilities Commission (PUC) filings, the study finds that the significant economic benefit of retiring aging coal plants holds true across most natural gas pricing, interest rate and demand growth assumptions. It is primarily driven by the fact that new wind and solar facilities are now less expensive to build than the operating costs of the aging coal fleet, the report says.

The study indicates there is an opportunity to recover up to $1.5 billion in un-depreciated asset value by the coal plant owners to facilitate the voluntary phased retirement of the coal plants. Wind and solar prices in the report reflect a mix of both utility and private ownership, consistent with the approach adopted in the recent Colorado PUC-approved retirement of two coal units in Pueblo, Colo.

Chris Clack, CEO of Vibrant Clean Energy, says, “The Community Energy-sponsored study confirms and quantifies what we’ve been seeing elsewhere – wind and solar are now cheaper than the operating costs of many aging coal plants. Colorado is blessed with some of the best solar and wind resources in the country, which should allow for a quicker and a more affordable transition to clean energy.”