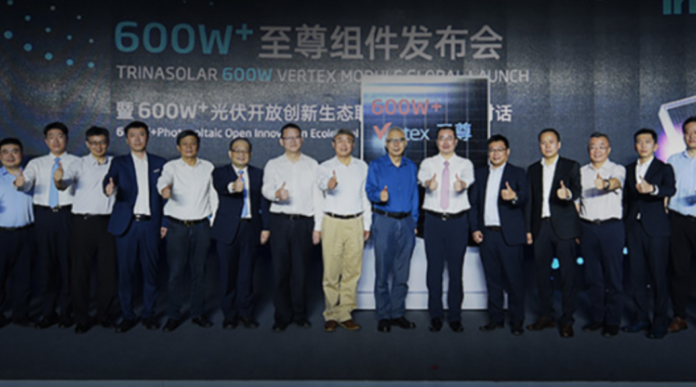 Trina Solar Co. Ltd. has launched two next-generation Vertex series modules with a power output of up to 600 W. The company expects to realize the mass production of a 550 W series in the final quarter of this year.

“By virtue of low-voltage and high-module string power output, the new Vertex series unlocks huge potential for further reducing balance-of-system costs. By collaborating with key players across the industry chain, we believe the Vertex modules developed on the basis of a new technology platform will help reduce the levelized cost of energy across various applications and maximize customer value,” he adds.