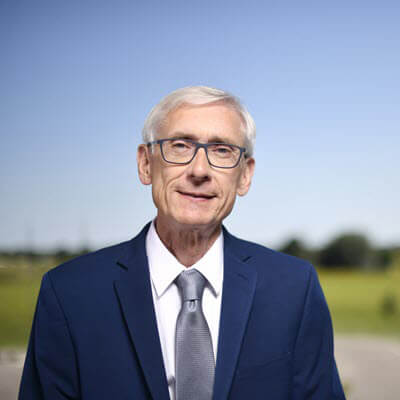 Gov. Tony Evers, D-Wis., has announced plans to join the U.S. Climate Alliance, a bipartisan coalition of governors committed to implementing the Paris climate accord on a state level.

The alliance was formed in June 2017 in response to President Donald Trump’s announced intent to withdraw the U.S. from the Paris Agreement.

“It’s a new day in Wisconsin, and it’s time to lead our state in a new direction where we embrace science, where we discuss the very real implications of climate change, where we work to find solutions and where we invest in renewable energy,” says Evers, who took office in January. “By joining the U.S. Climate Alliance, we will have support in demonstrating that we can take climate action while growing our economy at the same time.”

By joining the alliance, governors commit to implement policies that advance the goals of the Paris Agreement, aiming to reduce greenhouse-gas emissions by at least 26%-28% below 2005 levels by 2025; track and report progress to the global community in appropriate settings, including when the world convenes to take stock of the Paris Agreement; and accelerate new and existing policies to reduce carbon pollution and promote clean energy deployment at the state and federal level.

Lt. Gov. Mandela Barnes has made it the mission of his office to focus on equity and sustainability, as well as the important issue of environmental justice.

“For far too long, clean energy hasn’t been a priority in our state, and we’re going to change that,” says Barnes. “We’re also going to focus on better understanding how climate change is disproportionately affecting communities of color and how it’s impacting our farmers and the most rural parts of our state.”

As they work with the bipartisan alliance, Evers and Barnes will explore new energy-saving goals for state agencies, increase the use of solar power in Wisconsin, and help businesses and communities make smarter energy choices.

“Climate change poses a real threat to Wisconsin’s communities and economy, with drought, heat waves and flooding likely becoming more severe across the region,” says Julie Cerqueira, executive director of the alliance. “By joining the U.S. Climate Alliance, Governor Evers is showing the nation that he intends to lead on climate action, and we look forward to working with the governor on his priorities like investing in transportation infrastructure, locally produced renewable energy, and natural and working lands across the state.”