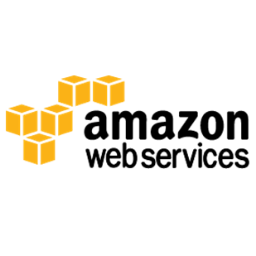 Amazon Web Services (AWS), an Amazon.com company, and Dominion have extended their solar partnership and announced plans to add five new solar farms totaling 180 MW across Virginia. The solar facilities are expected to enter into service in late 2017.

Dominion explains that it is acquiring four 20 MW projects from Virginia Solar LLC and will develop these facilities in Buckingham, New Kent, Powhatan and Sussex counties for AWS. An engineering, procurement and construction (EPC) contract has been signed with Strata Solar for the projects. The company is also acquiring a 100 MW development from Community Energy Solar and will develop it in Southampton County. Signal Energy will serve as the EPC contractor. Dominion will own and operate all five facilities, and AWS will purchase the power from them. These five new solar farms join AWS’ existing 80 MW project in Accomack County, Va., which recently went online. All told, the Dominion-Amazon alliance now constitutes a 260 MW solar portfolio.

“We continue to ramp our sustainability efforts in areas where availability of renewable energy sources is low or proposed projects are stalled, and where the energy contribution goes onto the same electric grid that powers AWS data centers,” says Peter DeSantis, vice president of infrastructure at AWS. “By enabling 10 utility-scale renewable projects in the U.S. to date, we are well positioned to meet our latest goal of 50 percent renewable energy powering the AWS global infrastructure by the end of 2017. That said, we are nowhere near done. We will continue to make progress toward our 100 percent goal and have many exciting initiatives planned.”

Gov. Terry McAuliffe, D-Va., adds, “Solar energy is a central part of the comprehensive renewable energy approach Virginia needs to keep costs low for businesses, families, and taxpayers as we build a new Virginia economy. I applaud Dominion and Amazon for collaborating in a way that will benefit our economy, our energy mix and our environment.”

Dominion says these new developments are expected to expand the company’s operating eight-state solar fleet to 1.4 GW by 2017, including 434 MW in North Carolina and Virginia. The company notes it intends to bring online at least 500 MW of solar generating capacity in the two-state area by 2020.

“This alliance with Amazon Web Services will include the two largest solar farms in the mid-Atlantic,” says Thomas F. Farrell II, chairman, president and CEO of Dominion. “This solar expansion is great for Dominion, Amazon and the Commonwealth of Virginia. It helps AWS meet its renewable needs, it expands Virginia’s clean electric generation fleet, and it creates economic development opportunities in largely rural communities.”