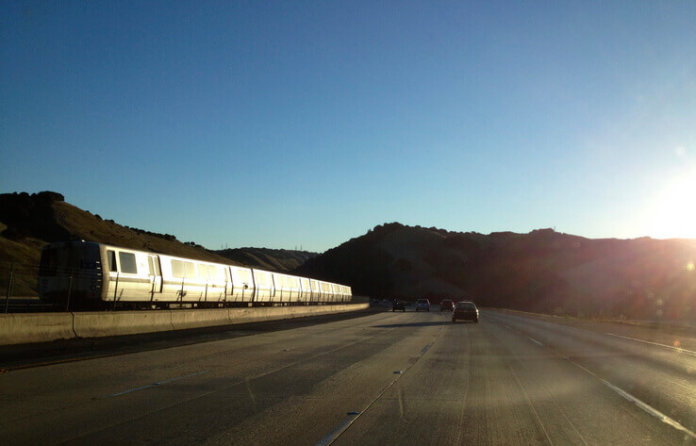 Bay Area Rapid Transit (BART), the public transportation system of the San Francisco Bay Area, is moving forward on plans to source the majority of its electricity supply from renewable energy.

On Thursday, BART’s board of directors approved two 20-year power purchase agreements (PPAs) for wind and solar projects. One of the agreements calls for NextEra Energy Resources to build the 61.7 MW Sky River wind facility, and the other calls for Recurrent Energy, a subsidiary of Canadian Solar, to build the 45 MW Gaskell West 2 solar project. Both located in Kern County, the projects are expected to be online by Jan. 1, 2021.

Nick Josefowitz, director of BART District 8, notes, “The new agreements would not be possible without California Senate Bill 502, which was authored by then San Francisco State Senator Mark Leno and approved by the state legislature in 2015. That bill allows BART to directly procure renewable energy sources.”

“BART received a robust set of competitive bids in response to the request for proposals that was issued in May 2017,” adds BART’s sustainability director, Holly Gordon. “The price per kilowatt-hour that BART will pay when the projects begin operating in 2021 is lower than what BART currently pays for energy. That low price will be locked in for 20 years, resulting in significant cost-savings for BART over the long term.”