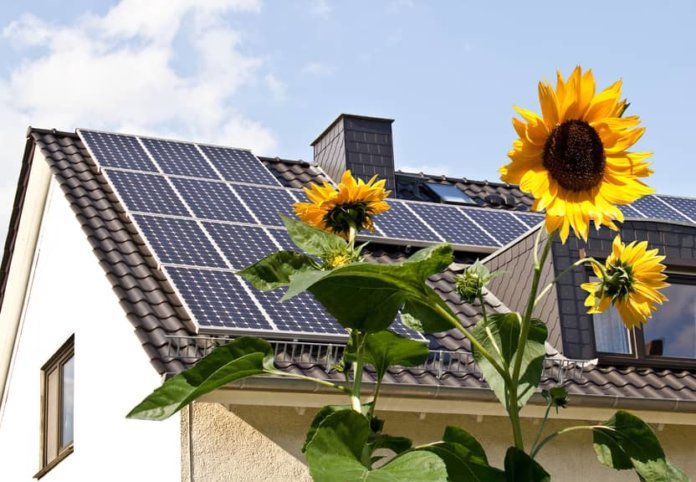 The Electricity Markets & Policy Group at Lawrence Berkeley National Laboratory is offering new insights into the economic trends of residential solar adopters in the U.S.

According to Berkeley Lab, the study, “Income Trends of Residential PV Adopters: An analysis of household-level income estimates,” relies on a unique combination of datasets to describe income characteristics and trends among roughly 800,000 residential rooftop solar adopters across 13 U.S. states.

The report finds that residential rooftop PV adopters, as a whole, are relatively high-income compared to the broader population. The median income of all PV adopters in the analysis sample is roughly $32,000 higher than for all households in the same set of states ($92,000 vs. $60,000), as shown below:

However, much of that difference is attributable to varying rates of homeownership across income groups, as residential rooftop PV is primarily limited to owner-occupied homes, the report says. When comparing only among owner-occupied households, the median income of PV adopters is just $13,000 higher than that of the broader population ($92,000 vs. $79,000).

Notwithstanding the finding above, “moderate-income” households nevertheless constitute a sizeable share of PV adopters, according to the report. Examining the full income distribution of PV adopters shows that 43% of these households fall within the bottom three quintiles (the lower 60%) of all household incomes among the states in the analysis sample. As one other relevant benchmark, 48% of all PV adopters in the sample fall within Pew Research Center’s definition of “middle class,” which consists of household incomes ranging from 67% to 200% of the U.S. median income.

According to Berkeley Lab, PV adoption has been trending toward more moderate-income households in recent years. The aforementioned findings are based on the cumulative set of PV adopters in the analysis sample, which includes systems installed over the span from 2000 to 2016. However, PV-adopter income profiles are dynamic and evolving, the report notes.

The report says PV adoption rates by low- and moderate-income (LMI) households lag behind the broader market. Roughly 3.4% of all owner-occupied households in the 13 states of the analysis sample had installed PV by the end of 2016. By comparison, cumulative adoption among owner-occupied LMI households ranged from 2.3%-2.8%, depending on the particular threshold used to define LMI. (The study considers a range of 60% to 120% of area median income.) This gap has shrunk over time, as PV adoption has trended toward more moderate-income households, the report says.

Third-party ownership has been especially prominent among LMI solar adopters. Among LMI adopters in 2016, 57% opted for third-party ownership (TPO), compared to 48% of non-LMI adopters. This may reflect greater cash constraints among LMI households, fewer alternative financing vehicles and/or less ability to monetize tax benefits compared to wealthier households, Berkeley Lab says, adding that it is nonetheless somewhat surprising, given the oft-stated concern that lower-income households may have more difficulty qualifying for TPO contracts, given a presumption that they have lower credit scores.

Based on these findings and others, the study also identifies a number of broader conclusions and areas for further exploration. For more, the full report can be downloaded here.  Berkeley Lab notes that the U.S. Department of Energy’s Solar Energy Technologies Office provided funding for the study.