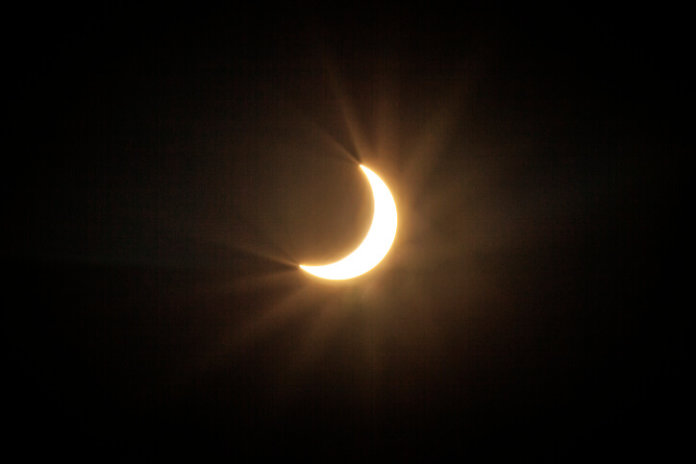 Solar eclipses might look cool, but they can also pose operational challenges for a state whose power grid incorporates a significant amount of solar energy. That’s why grid operators and regulators in California are doing all they can to prepare for an upcoming solar eclipse on Aug. 21.

California Public Utilities Commission (CPUC) President Michael Picker has called on consumers to do their part to lower electricity use statewide by 3,500 MW on Aug. 21 by reducing electricity use from 9 a.m. until 11 a.m. As CPUC explains, a partial solar eclipse will travel across California from about 9:02 a.m. until approximately 11:54 a.m. local time. The sun will be obscured from 76% in Northern California to 62% in Southern California, and this reduction in solar radiation will directly affect the output of both large-scale photovoltaic (PV) electric power plants and rooftop solar. California won’t see another eclipse of this magnitude until 2045, CPUC notes.

“When the sun goes away, so does the energy that powers our renewable solar panels,” says Picker. “If millions of Californians turn off appliances and power strips to unplug from the grid during the eclipse, we can let our hard-working sun take a break. We don’t have to rely on expensive and inefficient natural gas peaking power plants, we can have cleaner air, we can keep our system reliable, and we can send a message to the rest of the country that we can do all of that without being forced to rely on fossil fuels as the only foundation of our electricity.”

According to CPUC, nearly 10,000 MW of commercially operational grid-connected solar PV is currently operated by California’s investor-owned utilities (IOUs), and more will soon be completed. Initial estimates show that at the eclipse peak, commercial solar production for the IOUs will be reduced from an estimated 8,754 MW to 3,143 MW at the maximum partial eclipse and then return to 9,046 MW. The normal morning solar ramp will be interrupted with a down ramp beginning at 9:02 a.m. followed by a greatly accentuated up ramp beginning at 10:22 a.m. until noon.

In order for California to avoid relying on more fossil fuel generation during the eclipse, Picker is urging consumers to increase their conservation and energy efficiency efforts by unplugging any unused electronics, upgrading to LED light bulbs, and waiting to use high-energy-consuming devices, such as air conditioners and washing machines, until after 9 p.m.

“We will work with businesses, community organizations, local governments and others to mobilize Californians to do their California thing and help reduce energy use during the eclipse,” says Picker. “We can replace solar megawatts with our ‘negawatts’ or ‘BetterWatts.’ Join with us and stand in for the sun while it takes a short break on August 21st.”

In addition to CPUC’s call for residents to reduce their energy usage, the California Independent System Operator also recently conducted an analysis to help mitigate any potential grid issues during the upcoming solar eclipse.