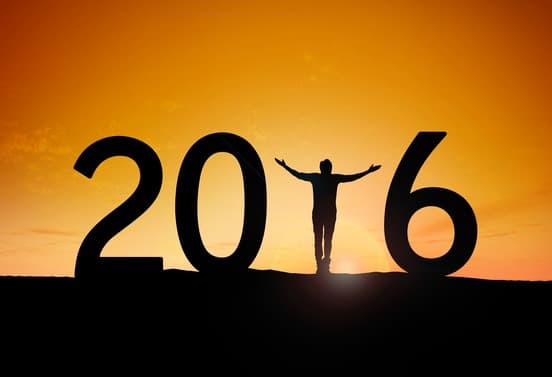 Editor’s note: BNEF revised 2016’s added solar capacity up from 70 GW to 73 GW after this item was originally published. The revision is now reflected below.

Although global investment in clean energy declined in 2016, a record 73 GW of solar capacity was added worldwide last year, up from 56 GW in 2015, according to a new report from Bloomberg New Energy Finance (BNEF).

The report says new clean energy investment fell 18% last year to $287.5 billion, and the 2016 setback in global investment, signaled in advance by weak quarterly figures during the course of last year, partly reflected further sharp falls in equipment prices, particularly in solar photovoltaics. However, the report notes there was also a marked cooling in two key markets: China and Japan. Clean energy investment in China in 2016 was $87.8 billion, down 26% on the all-time high of $119.1 billion reached in 2015, while the equivalent figure for Japan was $22.8 billion, down 43%.

Justin Wu, head of Asia for BNEF, explains, “After years of record-breaking investment driven by some of the world’s most generous feed-in tariffs, China and Japan are cutting back on building new large-scale projects and shifting toward digesting the capacity they have already put in place.

“China is facing slowing power demand and growing wind and solar curtailment,” continues Wu. “The government is now focused on investing in grids and reforming the power market so that the renewables in place can generate to their full potential. In Japan, future growth will come not from utility-scale projects but from rooftop solar systems installed by consumers attracted by the increasingly favorable economics of self-consumption.”

According to the report, offshore wind was the brightest spot in the global clean energy investment picture in 2016. Capital spending commitments to this technology hit a record $29.9 billion in 2016, up 40% on the previous year, as developers took advantage of improved economics, resulting from bigger turbines and better construction know-how.

Jon Moore, chief executive of BNEF, comments: “The offshore wind record last year shows that this technology has made huge strides in terms of cost-effectiveness, and in proving its reliability and performance. Europe saw $25.8 billion of offshore wind investment, but there was also $4.1 billion in China, and new markets are set to open up in North America and Taiwan.”

The report notes that even though global clean energy investment dropped last year, the total capacity installed did not. In addition to the aforementioned 73 GW of solar installed in 2016, the report says 56.5 GW of wind was added worldwide, which is down from 63 GW but the second-highest figure ever.

According to the report, clean energy investment in the U.S. slipped 7% to $58.6 billion, as developers took time to progress wind and solar projects eligible for the tax credits that were extended by Congress in December 2015. Canada was down 46% at $2.4 billion.

Investment in the whole Asia-Pacific region, including India and China, fell 26% to $135 billion, some 47% of the world total. India was almost level with 2015, at $9.6 billion, with several giant solar PV plants going ahead.

Among developing nations, the report continues, many saw investment slip as projects that won capacity in renewable energy auctions during 2016 did not secure finance before the year-end. Investment in South Africa fell 76% to $914 million, while that in Chile dropped 80% to $821 million, Mexico fell 59% to $1 billion and Uruguay 74% to $429 million. Brazil edged down 5% to $6.8 billion.

The report says one of the emerging markets to go the other way was Jordan, which broke the $1 billion barrier for the first time, with its clean energy investment increasing 147% to $1.2 billion in 2016.

The report says the biggest category of investment in clean energy in 2016 was, as usual, asset finance of utility-scale renewable energy projects. This totaled $187.1 billion last year, down 21% on 2015. The biggest seven financings were all in offshore wind in Europe, but there were also large deals in Chinese offshore wind (the Hebei Laoting Putidao array, at 300 MW and an estimated $810 million), in solar thermal (the 110 MW, $805 million Ashalim II Negev plant in Israel), solar PV (the 580 MW, 31 Dominion SBL Portfolio in the U.S., at an estimated $702 million), biomass (the 299 MW, $841 million Tees project in the U.K.) and geothermal (the ENDE Laguna Colorada installation in Bolivia, at 100 MW and $612 million).

Among other categories of investment, small-scale projects of less than 1 MW – including rooftop PV – attracted 28% less investment than the previous year, with the 2016 total finishing at $39.8 billion. The report says most of this year-on-year drop reflected falling costs of solar systems rather than a decline in interest from buyers.

Public markets investment in quoted clean energy companies was $12.1 billion in 2016, down 21%. The report says most cash was raised by Innogy, the renewable power offshoot of German utility RWE, which secured just over $2.2 billion of new money in an initial public offering, and BYD, the Chinese electric vehicle maker, which took just under $2.2 billion via a secondary share issue.

Corporate research and development (R&D) spending on clean energy fell 21% to $13.4 billion, while government R&D moved up 8% to $14.4 billion. Last but not least, the report adds, asset finance of energy smart technologies surged 68% last year to $16 billion, helped by a jump in global smart meter spending, from 8.8 billion in 2015, to $14.4 billion.

Also measured by BNEF, but not included in the figures for new investment, is acquisition activity in clean energy. This totaled $117.5 billion in 2016, up from $97 billion in 2015, and it represented the first time this has broken the $100 billion level. BNEF says behind the surge were a rise in renewable energy project acquisitions to $72.7 billion and, in particular, a leap in corporate mergers and acquisitions to a record $33 billion. The top takeovers included Tesla’s acquisition of SolarCity and Enel’s buy-back of the minority holders in Enel Green Power for $3.5 billion, according to BNEF.

(Editor’s Note: This BNEF report follows a separate, solar-specific analysis from Mercom Capital Group, which also found the global solar sector experienced a “challenging year” for fundraising in 2016. That study is available here.)