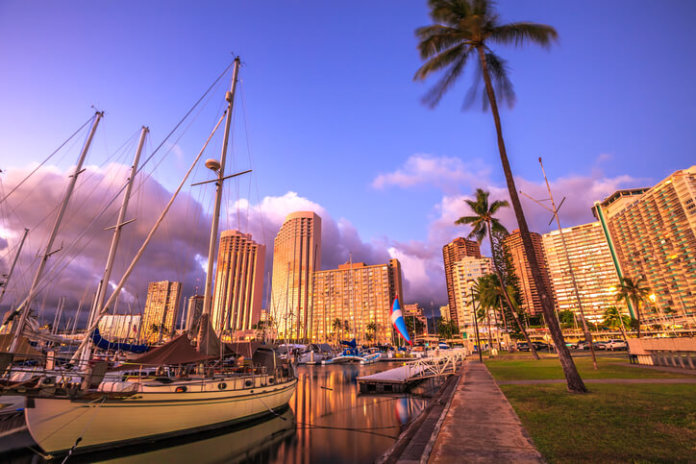 The company is installing the project on the rooftops of the Aloha Tower Marketplace, which is operated by Hawaii Pacific University (HPU) under a lease with the State of Hawaii’s Aloha Tower Development Corp.

The latest expansion more than doubles the capacity of the system to 660 kW, which will make it the largest solar installation in downtown Honolulu, the company claims.

“It’s fitting that the largest PV installation in downtown Honolulu is now located at the landmark Aloha Tower Marketplace,” comments Dan Nordloh, executive vice president of EnSync Energy. “EnSync Energy has an active presence in Hawaii, so we are particularly proud to deliver even more clean, reliable and low-cost energy to an institution that plays a prominent role in the cultural and economic life of the state.”

EnSync Energy designed the system based on customized analysis of Aloha Tower Marketplace’s current energy consumption patterns and anticipated future energy needs. After conducting energy and price modeling, EnSync Energy found that a grid-ready PV installation would yield the most savings for the university.

“We look forward to expanding our solar energy system with EnSync Energy, which offered us a simple way to further contribute to the state’s renewable energy goals while also reducing our costs,” says Bruce Edwards, chief financial officer at HPU.

Construction of both phases is expected to be completed by early 2019. HPU may consider a third solar installation phase under the terms of the PPA, EnSync Energy notes.