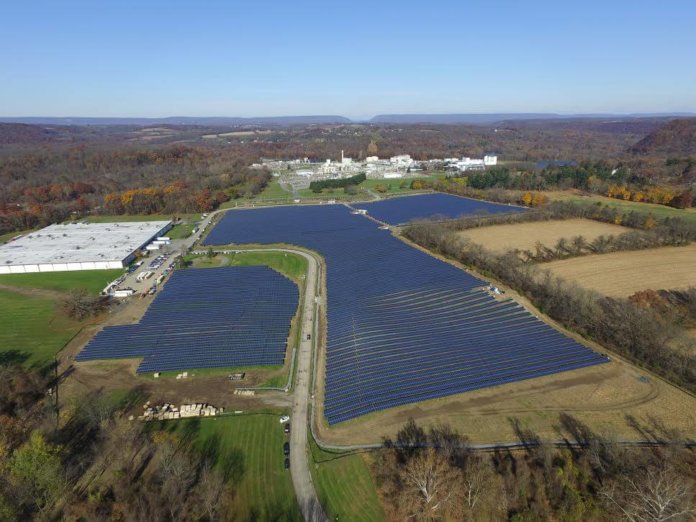 The new expansion will effectively triple the solar output of the site’s first phase by adding an additional 46 acres and over 42,000 panels. At peak production, the maximum output of the facility will exceed the DSM’s peak consumption, with excess power sent to the power grid during those times.

“The newly expanded solar field is part of DSM’s commitment to doing well by doing good for both our communities and our environment,” says Hugh Welsh, president and general counsel of DSM North America. “It will minimize our impact on the planet through clean, renewable energy and allow for sending enough green energy back to the grid to power 406 homes for a year.”

As a member of the RE100 initiative, DSM has a goal to source 100% renewable electricity for its global operations. DSM’s purchased electricity from renewable sources increased from 8% in 2016 to 21% in 2017.