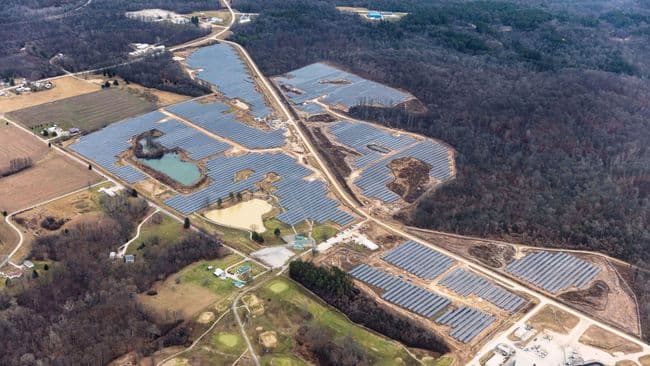 The plant, which can generate as much as 17 MW of alternating-current power, is located at Naval Support Activity Crane (NSA Crane), approximately 40 miles south of Bloomington, Ind. When operating at full capacity, the solar power plant can provide electricity for more than 2,700 average-size homes.

“This is a landmark development in renewable energy for our company and our customers,” says Melody Birmingham-Byrd, president of Duke Energy Indiana. “It demonstrates our continuing commitment to include renewable energy, such as solar, wind and hydro, in our diversified portfolio of generation sources.”

The plant comprises approximately 76,000 solar panels on about 145 acres of land the company has leased from the U.S. Department of the Navy (DON). Duke Energy Indiana says the solar facility contributed to the DON meeting its goal to bring 1 GW of renewable energy into procurement by the end of 2015.

Duke Energy Indiana notes that its operations provide about 6.8 GW of owned electric capacity to approximately 810,000 customers in a 23,000-square-mile service area.