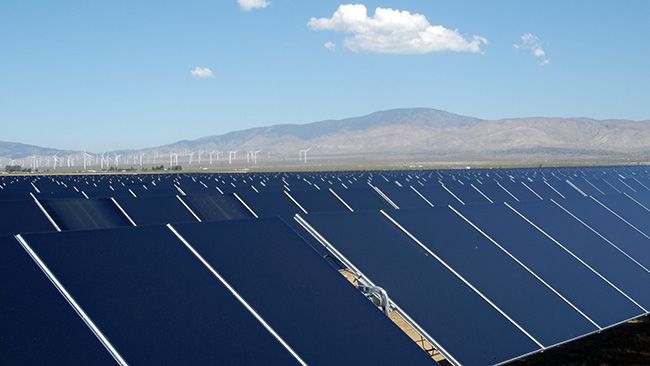 “North Rosamond is a great addition to our growing solar portfolio,” states Rob Caldwell, president of Duke Energy Renewables. “California is a leader in renewable energy, and we’re pleased to support the state’s efforts by continuing to provide cost-efficient renewable energy to meet residents’ needs.”

The project, which contains over 477,000 solar panels, is located on approximately 1,188 acres outside of Rosamond and will power roughly 71,000 homes. The energy is being sold to Southern California Edison under a 15-year agreement.

The project, which Duke Energy Renewables acquired from a subsidiary of Clearway Energy Group in April, employed as many as 500 individuals during peak construction.

CIT’s Power and Energy group led a consortium of lending institutions that provided construction loan and ITC bridge loan facilities to fund equipment, engineering, construction and other costs needed to achieve final completion of the project. These facilities will be converted to a single-term loan facility that will be used to finance the project over the next 15 years.