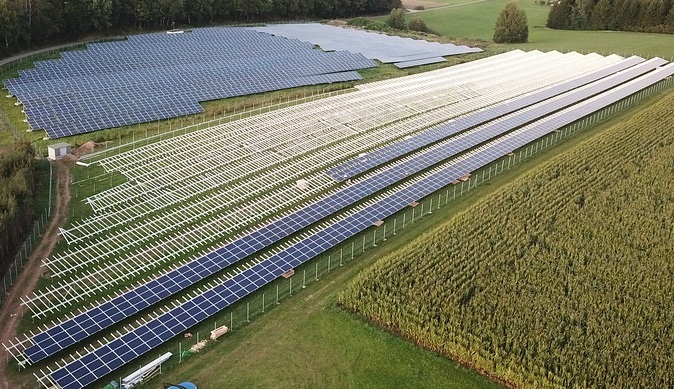 The study – published in Environmental Research Letters by the Center for Climate, Health, and the Global Environment at the Harvard T.H. Chan School of Public Health (Harvard C-CHANGE) – provides a guide for policymakers, businesses and utilities on where to install renewable energy in the U.S. to maximize their health and climate benefits.

The researchers developed a model of the 10 regions of the U.S. electrical grid. Using the social cost of carbon – which assigns a dollar value to the negative consequences of climate change – they calculated the benefits of carbon dioxide reduction for each region and energy type. Health benefits come from air quality improvements that reduce premature deaths, and climate benefits come from reduced impacts of droughts, extreme weather events, sea-level rise, displacement of refugees, disruptions to farming and climate-related diseases.

The total benefits per MWh varied by a factor of four between regions and renewable energy type. For both utility solar and rooftop solar PV, the Great Lakes/Mid-Atlantic had the highest benefits per MWh, followed by the Upper Midwest, and then the Lower Midwest. The lowest three were California, followed by the Southwest, and then the Rocky Mountains.

For wind, the highest three were the Upper Midwest, followed by the Great Lakes/Mid-Atlantic and then the Lower Midwest; the lowest three were California, the Southwest and the Rocky Mountains.

“Our results provide a strong argument for installing more renewable energy to reduce the health impacts of climate change and the health burden of air pollution. By tackling the root causes of climate change, we can address our nation’s most pressing health problems at the same time,” says Jonathan Buonocore, the lead author and a research associate at Harvard C-CHANGE. “This tool can help state and national policymakers design better climate plans by understanding where to build wind and solar while also helping private groups, like utilities, renewable energy developers and even investors, decide where to deploy their resources to maximize the gains from renewable energy.”

The study, funded by the Harvard University Climate Change Solutions Fund, shows that renewable energy is a cost-effective method to reduce carbon dioxide emissions and that the health benefits are an important component of assessing the full benefits of these projects. In many cases, the health and climate benefits are greater than the financial costs of installing wind or solar. For people living in the Upper Midwest, the climate and health benefits of renewable energy are about four times higher than in California. This is a reflection of where dirty energy, like coal, is produced, and the relationship between energy generation, air pollution and populations living downwind from it, the study says. As a result, the benefits are much higher from deploying renewable energy in places like the Great Lakes and Upper Midwest, where it tends to displace coal, than in California, where it tends to displace gas.

“To ensure that climate policies are cost-effective, the location where renewables are built is much more important than the specific technology,” says Drew Michanowicz, a study author and a research fellow at Harvard C-CHANGE. “If you want to get the biggest bang for your buck in terms of the health and climate benefits of renewables, investing in the Upper Midwest and Great Lakes regions will keep populations downwind healthier while also taking important steps to decarbonize.”