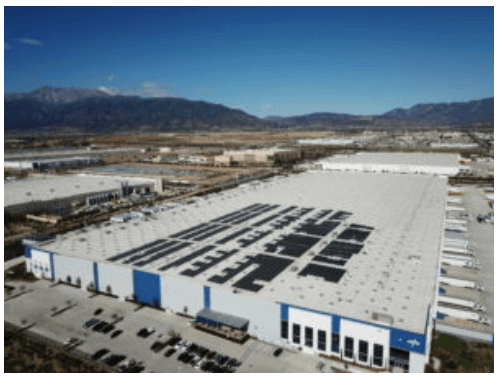 Medline, a manufacturer and distributor of products serving the healthcare industry, has announced the completion of another project in a series of solar installations being undertaken to meet the organization’s growing sustainability goals.

The 1.1 MW, 3,152-panel rooftop system is estimated to generate power equivalent to 75% of the company’s usage at its Rialto, Calif., facility.

EnterSolar, a developer of solar programs for the commercial marketplace, worked with Medline to structure the design, engineering and installation of the system. The company will also oversee operations and maintenance.

The completion of the Rialto facility comes just one year after the completion of the first of two systems being installed at Medline’s Tracy, Calif., distribution center. Medline is working with EnterSolar to add additional solar capacity to that facility, following a year of successful power generation.

Medline opened its first solar installation in July 2016 at its distribution center in Aisai, Japan. The company also has systems in Australia and Germany and is working with EnterSolar to vet additional locations.