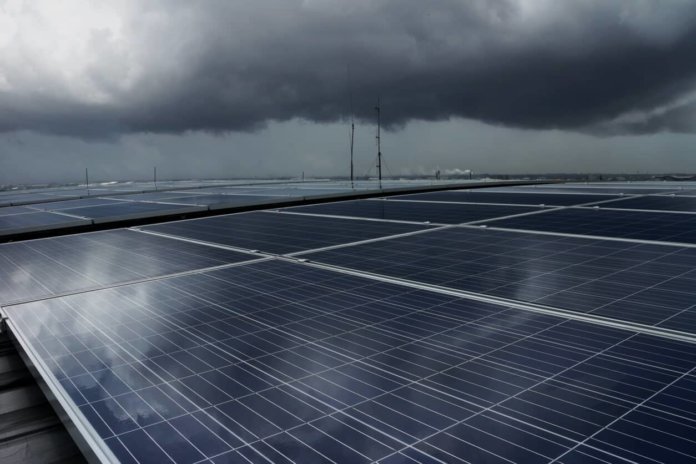 Over the past few weeks, Hurricane Harvey has reminded us all how quickly disaster can strike and how devastating Mother Nature can be. I do not intend to minimize the very real human suffering that occurs (and is ongoing) as a result of the hurricane, but given my profession, it was unavoidable that I would muse about how distributed renewable energy – particularly solar energy – could help us through disastrous times.

A common feature of natural disasters is unreliability or loss of electrical supply. Both directly and indirectly, most disasters impact our ability to provide electricity to disaster-affected areas. I believe, however, that wider adoption of distributed solar energy would help mitigate this problem.

Small solar photovoltaic (PV) systems – including commercial and residential rooftop installations, solar carports, and small ground-mounted projects – have some features that make them particularly resilient in times of trouble. For illustration purposes, I will compare small-scale solar to the other extreme: a large centralized coal plant. Let’s see how they might both fare in a disaster.

Small-scale solar is almost always fixed-tilt, and there are typically no moving parts. This means there is less to break. Modern solar modules are quite impact-resistant, and there are no tubes, pipelines, fuel tanks, or anything else that can leak, drip, or explode. It takes more than a little jostling to knock a small solar facility offline, and it is generally safe to just leave the system be.

The coal plant, on the other hand, has many moving parts, some of which can be dangerous if damaged or left unattended. If the coal plant is in the path of the disaster, it will immediately be shut down for safety reasons. This coal plant will be completely offline for the duration of the disaster. The facility may also be damaged during the disaster, resulting in additional delays (for repairs and environmental cleanup) before the facility can come back online.

Meanwhile, small solar systems that aren’t outright flooded will keep right on generating electricity. Although solar systems may be less productive in cloudy/stormy weather (such as during hurricane rains), they will continue to generate some energy so long as there is meaningful visible light. A bright sunny day is preferred, but not required.

Even if they are damaged in a disaster, small solar systems will usually continue to generate, albeit in a reduced capacity. And if need be, they can often be repaired with rudimentary tools and knowledge (although it would of course be best to wait for the professionals).

Small solar is also unmanned. There is no human operation or oversight required. Small solar will keep on generating all on its own, while people are busy surviving the disaster.

The coal plant, meanwhile, is not unmanned. It may shut down even if it is not in the direct path of the disaster – for the safety of the operating personnel and to allow workers to evacuate their own families. And since it can’t operate without people, it will likely stay offline beyond the duration of the disaster until operational personnel (who may have been evacuated) return to work.

Even if the coal plant is completely out of the path of the disaster, fuel supply lines may be disrupted or destroyed (coal is usually delivered by a combination of rail and truck), resulting in the shutdown of the facility after on-site fuel stores are exhausted. If this occurs, the coal plant will remain offline until fuel deliveries resume after the disaster.

Solar systems, of course, never run out of fuel.

Small solar, meanwhile, is close to (or sitting directly on top of) the people using the electricity – like other distributed resources. This means small solar systems are far less susceptible to overall grid disruption. Faraway transmission breakdowns generally do not affect small solar at all.

Small solar starts with that advantage, then subtracts the need for fuel, staffing and maintenance from the equation. That leaves you with a source of electricity that will keep on working, almost as certain as that the sun will come up tomorrow.

Morten A. Lund is a partner in the Energy Development group at Stoel Rives and serves as chair of the law firm’s Solar Energy Initiative. He may be reached at morten.lund@stoel.com.