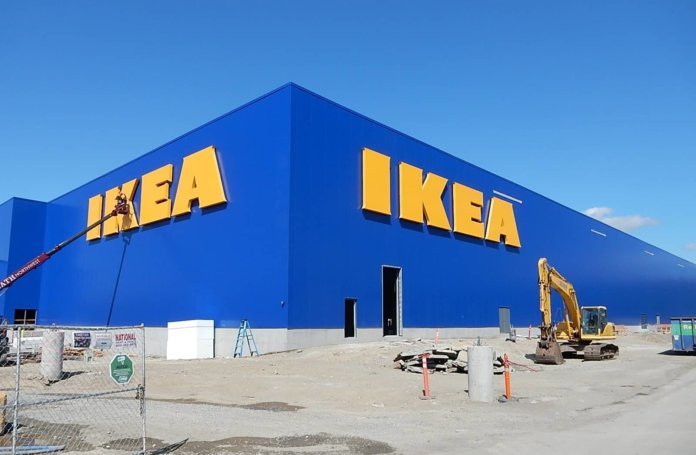 Home furnishings retailer IKEA has announced plans to install solar panels atop its relocated Seattle-area store under construction in Renton, Wash. According to the company, the project will be the largest rooftop solar installation in Washington.

Installation will begin this fall, with completion expected in the winter. The store’s 244,504-square-foot solar array will consist of a 1.18 MW system, built with 3,420 panels, and will produce approximately 1,319,000 kWh of electricity annually for the store. REC Solar is providing development, design and installation for the solar project, while Deacon Corp. is managing the construction of the store, which is slated to open in spring 2017.

“We are excited to further our sustainability commitment with solar panels on this relocated Seattle-area store,” says Diedre Goodchild, store manager. “Installing Washington’s largest rooftop array advances our vision of creating a better everyday life for the many.”

This installation will represent the 44th solar project for IKEA in the U.S., contributing to the IKEA solar presence atop nearly 90% of its U.S. locations, with a total generation of more than 40 MW. The company notes that it owns and operates each of the solar systems atop its buildings – as opposed to a solar lease or power purchase agreement – and has globally allocated $2.5 billion to invest in renewable energy through 2020, reinforcing its confidence and investment in solar photovoltaic technology. Consistent with the goal of being energy independent by 2020, IKEA has installed more than 700,000 solar panels on buildings across the world and owns approximately 300 wind turbines, including 104 in the U.S.