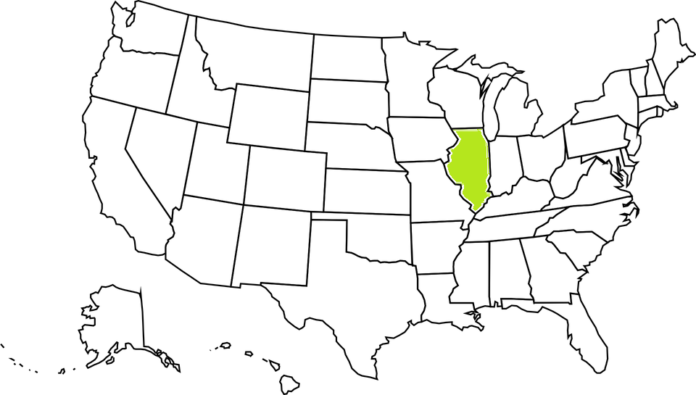 The Illinois Power Agency (IPA) has shared data showing that the state will not be able to meet its renewable energy goals without legislative action.

The IPA is the state agency responsible for managing Illinois’ renewable energy program. Illinois law requires the state to procure 25% of its electricity from renewable sources by 2025, but the IPA predicts current policy will only provide enough funding to reach roughly 10% by 2030, according to Path to 100, a group supported by labor and renewable energy organizations working to create jobs in Illinois.

And although renewable energy projects approved in 2018 and 2019 will move forward, the IPA confirmed Illinois’ renewable energy industry is headed for a cliff in 2020: Without legislative change, renewable energy development will contract sharply next year and dry up almost completely between 2021 and 2025 due to funding constraints written into current law.

At a stakeholder workshop held on Thursday, the IPA discussed the state’s current renewable energy program and the limits on funding available to support new wind and solar projects. It concluded that any substantial increase in the program will require new legislation.

The Illinois General Assembly is currently considering a bill to address this issue: The Path to 100 Act (H.B.2966 / S.B.1781) would steadily expand the state’s renewable portfolio standard program, supporting the continued growth of renewable energy and creating opportunities for the 807 community solar projects on the state’s wait list to move forward. The legislation maintains consumer protections while gradually increasing the funding available to support year-over-year growth in wind and solar energy in order to meet consumer demand, explains Path to 100.

“Days after the Trump administration announced its rollback of the federal Clean Power Plan, we learned that the state of Illinois won’t be able to meet its clean energy commitments,” says Nakhia Morrissette, Midwest director of regulatory affairs for the Solar Energy Industries Association. “Illinois can do better. We need to pass the Path to 100 Act in order to help Illinois reach its clean energy goals, create thousands of new jobs and strengthen our state’s energy system.”

Jeff Danielson, central region director for the American Wind Energy Association, adds, “It’s clear that Illinois’ renewable portfolio standard has worked to attract investment in utility-scale wind power, a low-cost and clean energy source that benefits the state’s ratepayers. By passing Path to 100, we can keep that positive momentum going and make Illinois a national leader in clean power.”

More on the IPA’s data can be found here.