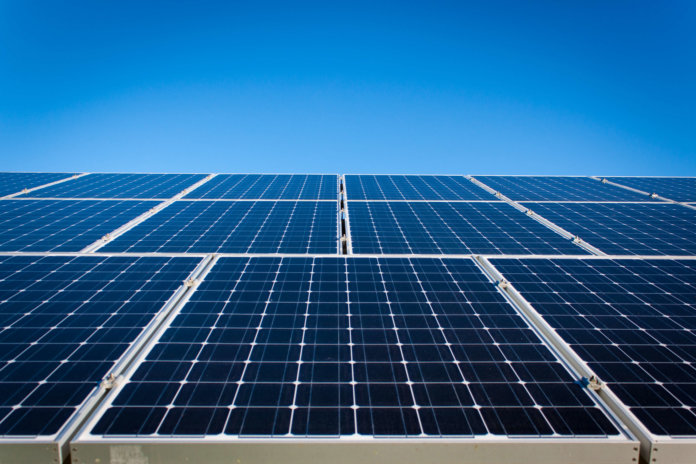 Very few would argue that the use of solar panels is worse for the environment than our current energy breakdown. However, estimating just how much “less harmful” the lifecycle of solar panels is poses something of a challenge. More work needs to be done to calculate solar panels’ impact on the environment from cradle to grave – and doing so sheds light on some of the more shadowy aspects of the manufacturing process, including where PV fabrication could stand to get greener. Addressing the supply chain effects and creating a more robust process for panel recycling will only help solar gain ground as a better alternative to conventional fossil-fuel-based energy.

The jury is still out on PV lifecycle assessments

At this point, even impact measurements need more refinement. The issue with lifecycle assessments (LCAs) for solar panels is that the results can vary wildly from study to study. To get closer to the truth, researchers at the National Renewable Energy Laboratory (NREL) conducted an LCA analysis that compared results from over 400 published studies on emissions impacts. From this, they were able to gauge more accurate estimates of system efficiencies and overall cradle-to-grave impact based on differences in solar panel technology. They also factored in different conditions, such as local solar irradiation levels that might influence results, in a process called “harmonization.” Generally, they found that efficiency estimates for various types of solar panels were about on par with their harmonized levels, but that studies tended to overestimate lifecycle greenhouse gas emissions. The vast majority of the emissions, NREL said, come from upstream processes, such as extracting raw materials and equipment manufacturing.

The key takeaway from this experiment, however, is that researchers may need to develop slightly more robust methodologies for administering LCAs and reporting their results, as well as performing more meta-analyses for published LCAs. This has been a concern among the research community for years. The issue is that LCAs must often synthesize understanding from theoretic circumstances, so they’re forecasting a product’s long-term impacts without much except today’s data to go off of. It amounts to being something like an industrial soothsayer – except that your results are then used to form an understanding of how we affect the Earth.

Of course, that’s definitely changing. Computer processing and theoretical modeling are giving this kind of “impossible data” a run for its money. Still, it’s safe to say that any LCAs you read could paint just a small representation of how things actually shake out. Additionally, with ever more efficient solar cells on the market, estimates should certainly evolve in the future.

Regardless of which LCA you look at, almost 100% will tell you that, all things considered, solar has a vastly lower carbon footprint than coal or other fossil-fuel-based energy sources. Solar also ranks on par with other renewable technologies. The only outlier is nuclear, which could be said to have slightly lower emissions, depending on who you ask.

However, it’s at the beginning and end of the lifecycle – the axiomatic “cradle” and “grave” – that things get iffy for solar. In particular, downstream estimates for solar impact are exceptionally important. Used solar panels generate e-waste, so rescuing and recovering those materials through recycling efforts is paramount. Innovation has played a part in all of this. Indeed, the introduction of thin-film solar panels presents a bit of a catch-22. On one hand, the introduction of thin-film solar allows for a more diverse range of solar applications, which has arguably sped up the proliferation of the technology. You could certainly make a case that thin-film manufacturing has led to significant carbon offsets, thus nullifying any marginal environmental impact.

On the other hand, thin film generally uses much more hazardous materials than its crystalline-silicon counterpart. For instance, thin-film cells often feature gallium arsenide, copper-indium-gallium-diselenide, and cadmium-telluride, which are highly toxic and environmentally harmful if not properly disposed of or recovered.

Although some solar manufacturers do a fairly good job of managing the hazardous chemicals in their products, there’s certainly room for improvement. For example, the Silicon Valley Toxics Coalition reported that in 2015, only six PV manufacturers of more than 30 analyzed were accurately disclosing their products’ chemical emissions. And many had no chemical reduction plan in place, either.

The electronics fabrication industry, as a whole, needs to generate a more sustainable solution for semiconductor manufacturing. A vast amount of the chemicals used in PV production stem back to this step in the process. Cleaning and refining semiconductor surfaces, as well the process used to convert quartz to silicon, rely on highly toxic intermediate compounds. And many in the electronics industry argue that recycling these silicon wafers results in minimal scrapped materials. Additionally, because manufacturing for these parts is a global effort, regulations in one part of the world may mean virtually nothing somewhere else.

Again, the impact of these toxic chemicals needs additional research. It’s one thing to argue that a product needs to be “more sustainable,” but actually breaking down what that means is much more difficult. However, with the eyes of the world on solar, manufacturers would do well to at least examine their supply chain impacts, particularly when it comes to chemical extraction and semiconductor fabrication. As the process of measuring lifecycle impact matures, PV manufacturers will only face more pressure to abide by stricter environmental guidelines, and addressing these concerns now will ensure that solar maintains its momentum in the changing landscape of energy generation.