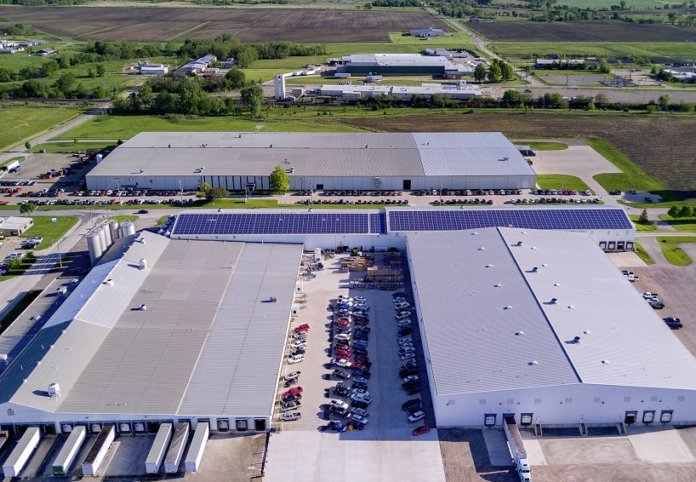 Designed by Iowa-based Ideal Energy Inc., the project represents the first system of its kind in the state, according to the partners. It features a 517 kW solar array that works in tandem with a 212 kWh Tesla battery energy storage system.

During the day, the solar panels generate energy, which charges the Powerwall and powers the company’s manufacturing operations. The battery system runs on an artificially intelligent control system to automatically discharge at times of high energy usage (or peak demand) to avoid or reduce costly demand charges. The array will save AIP an average of $42,477 per year and prevent 9,377 tons of CO2 from entering the atmosphere over the next 25 years.

The project is designed to give the company greater control, efficiency and reliability in managing expensive electrical peaks.

“My administration recognizes energy as a key resource and an area of strategic importance to Iowa’s economy,” she said. “We want to keep energy costs low and energy jobs growing. I’m proud of the leadership role state government has played in fueling this kind of economic growth.”

Lori Schaefer-Weaton, president of AIP, said the decision was motivated by high utility costs. Blow molding is energy-intensive, and the scale of the operation magnifies the company’s energy demands.

“We run 27 lines 24 hours a day,” Schaefer-Weaton said. “These are huge utility bills.”

“I know this project will also serve as an inspiration for other businesses who are looking to innovate,” added Reynolds.

A white paper on the project is available here.