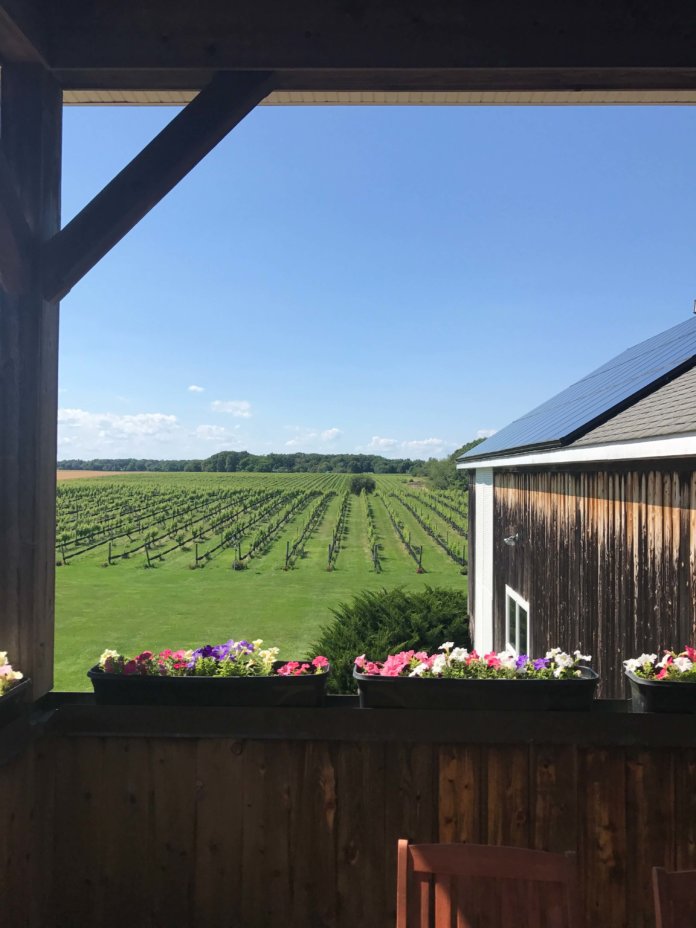 Not only is the sun used to grow grapes that produce award-winning wines at Paumanok Vineyards, but now the power of the sun is being harnessed to provide more energy to the Aquebogue, N.Y.-based vineyard’s facilities.

SunPower by EmPower Solar (EmPower), a residential and commercial solar solutions provider, recently completed a 51 kW installation that is expected to save Paumanok more than $8,000 in energy costs during the first year and approximately $366,000 over the next 30 years.

Empower explains the new solar system at Paumanok takes advantage of remote net metering, a New York State program that permits farm and nonresidential utility customers using solar- or wind-generating equipment at one location to use any excess generation to lower their electric bills on PSEG-Long Island accounts at other locations. (Savings from remote net metering is part of the overall cost-savings estimate forecast by EmPower, the company notes. )

Paumanok was among the first Long Island vineyards to go solar when it installed its first 10 kW system in 2009, which, at the time, produced 15% of its energy. The new system is expected to generate 80% of Paumanok’s power needs.

“In going solar, we significantly lower our annual energy bills, but, even more important, we reduce our carbon footprint, lower the production of greenhouse gas, and lessen our reliance on fossil fuels,” says Charles Massoud, proprietor of Paumanok Vineyards. “By controlling our costs, we can remain competitive, continuing to offer our customers world-class wines at fair prices, while doing our part for the environment. It’s truly a win-win.”

Empower says that with combined rebates from PSEG-Long Island, available federal tax credits, and the expected annual energy savings, Paumanok’s return on investment will be quick, with the solar installation paying for itself in just four years.