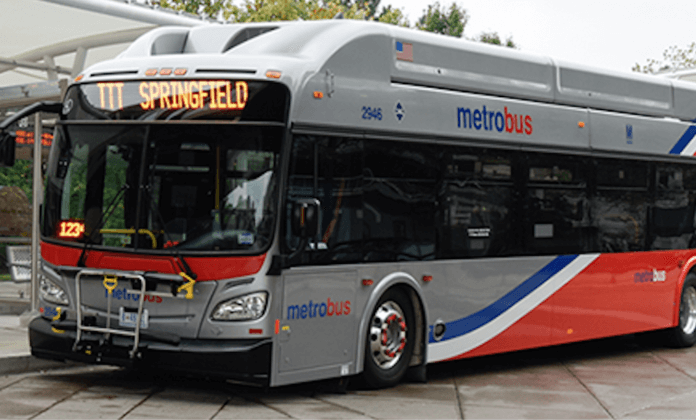 The Washington Metropolitan Area Transit Authority (Metro), a tri-jurisdictional government agency that operates transit service in the Washington, D.C., metropolitan area, has reached a deal worth up to $50 million over 25 years with SunPower Corp. and Goldman Sachs Renewable Power LLC (GSRP) to install solar-paneled carports or canopies over surface lots and above parking garages at four rail stations.

Combined, the four sites will have 12.8 MW of electrical capacity, making this the largest community solar project in the area and one of the largest in the nation.

Under the agreement, SunPower will install photovoltaic solar panels at the Anacostia, Cheverly, Naylor Road and Southern Avenue stations at no cost to Metro. GSRP will own the solar power system and provide annual payments to Metro through 2047, providing a long-term revenue stream that will support the transit agency’s operations.

“We commend Metro for its environmental and sustainable vision and look forward to partnering with them on this significant project that will benefit our nation’s capital and community,” says Tom Werner, chairman of the board and CEO of SunPower.

“It is an impressive commitment as Metro optimizes its property for renewable energy to deliver long-term benefits, while improving rider comfort and lowering the carbon footprint,” he adds.

When complete, the stations – located in the District and Prince George’s County – will have 17 acres of photovoltaic solar panels. Homes and businesses in Pepco’s D.C. and Maryland territory will be able to sign up for a share of the clean, renewable energy generated by the project while saving on their utility bill.

Construction is expected to begin early next year and will also provide Metro customers who park and ride with new shaded parking and protection from the elements.

The project is part of Metro’s sustainability initiatives and Energy Action Plan and will help advance the Clean Energy D.C. Plan that seeks to cut carbon emissions in half and transition to 100% renewable energy by 2032.