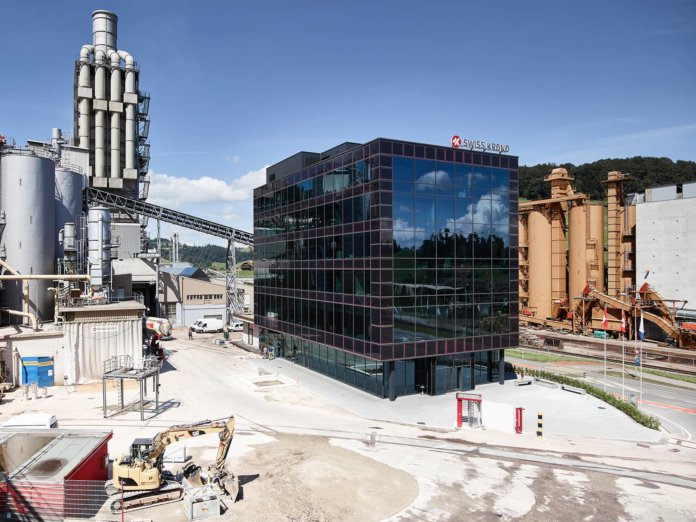 Global technology company Meyer Burger has supplied SWISS KRONO, a manufacturer of wood-based products, with glass-glass solar modules for the fully integrated facade of the manufacturer’s building in a Menznau, Switzerland.

According to Meyer Burger, the high-performance passivated emitter rear cell (PERC) coating technology increases the efficiency of the solar cells in comparison to conventional cells. The MB PERC cells were further connected in the module by the Meyer Burger SmartWire Connection Technology (SWCT), which the company says connects the individual cells through a foil-wire electrode instead of the conventional two to five busbars. Thanks to the dense contact matrix, the performance of the modules increases again considerably. Another advantage of the SmartWire Connection Technology is the delicate and uniform appearance of the module as part of the building shell, adds Meyer Burger.

In total, 406 solar modules in 23 different shapes were integrated in all four sides of the SWISS KRONO building. The solar facade amounts to a performance of 103 kW. The entire power output of the powerful photovoltaic facade is used directly on-site.

As Meyer Burger explains, the modules are encapsulated by glass on both sides. Thanks to the glass-glass structure, the solar modules are transparent and the typical SWISS KRONO red of the SWISSCDF board underneath gleams through and has a special aesthetic effect. The company says the attractive combination of colorful boards and transparent modules makes creative design with photovoltaic modules without loss of performance possible.