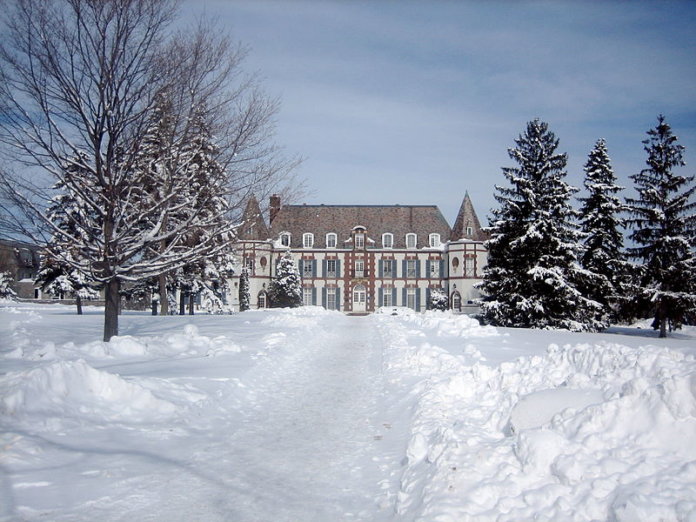 Middlebury College, a private liberal arts school in Vermont, plans to transition to 100% renewable energy resources for electric and thermal power at its core Vermont campus by the end of 2028.

The Energy 2028 plan – unanimously endorsed by the school’s board of trustees on Jan. 26 – also sets goals to reduce energy consumption, phase out direct fossil fuel investments in the endowment, and create new educational programs and opportunities designed to empower future generations of environmental leaders.

“It acknowledges that we do not have all the solutions at our disposal at this moment to meet these goals,” Patton explains, “but it commits us to make every effort to do so.”

Middlebury currently has a 10 kW wind turbine and 143 kW solar farm. In 2015, the college began purchasing electricity from the nearby South Ridge Solar Farm, and in 2016, it entered into a power purchase agreement with Wilber Solar on a 500 kW project.

Middlebury’s on-campus biomass gasification plant, completed in 2008, mainly burns locally sourced wood chips and meets most of the heating and cooling needs for the buildings that are connected to the central plant. The facility also cogenerates 15% to 20% of Middlebury’s electricity – all while remaining carbon-neutral.

Under the new plan, Middlebury will shift to use renewable natural gas (RNG) and eliminate the use of natural gas as a supplemental energy source for the biomass plant. RNG is generated using cow manure and processed food waste, and Middlebury is partnering on a proposed digester project in nearby Salisbury, Vt.

Renewable electricity generation already accounts for approximately 50% of Middlebury’s usage. Future investments in renewable sources such as solar and possibly hydropower will increase that figure to the goal of 100%. In doing this, Middlebury will seek, wherever possible, to make these investments in Vermont.

The college will also reduce energy consumption on its core campus 25% by 2028. Meeting this goal will require changes to campus infrastructure as well as behavioral changes that contribute to consumption.

In addition, Middlebury will reduce the number and value of fossil fuel investments in its endowment. That endowment, which was valued on Dec. 31 at $1.056 billion, is managed by Investure, a firm based in Charlottesville, Va. Middlebury, in collaboration with Investure, will begin a phase-out of direct fossil fuel investments in the endowment that will reduce the value of those investments by 25% in five years and 50% in eight years and, within 15 years, eliminate such investments entirely. In addition, beginning in mid-2019, Investure will not directly invest any new dollars on Middlebury’s behalf in specialized private investment funds that focus on oil and gas.

In response to the announcement, Skye Borden, director of Environment Montana and a Middlebury alum, says, “I was a part of a three-person team in 2003 that installed Middlebury’s first solar panels on campus, and I am thrilled to see how far Middlebury has come since then. This commitment to 100 percent renewable energy sets a strong example for higher education – and, indeed, all of our nation’s communities – to follow.”