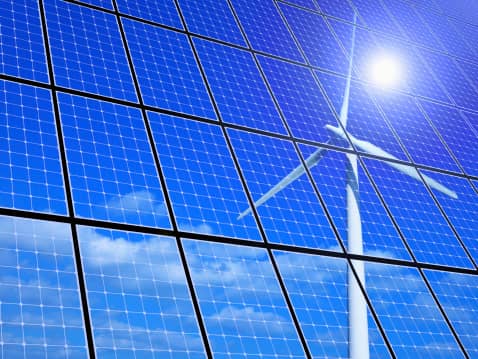 On the heels of a recent federal report finding that the U.S. now employs more than 3 million workers in the clean energy sector, several groups have launched a new social media campaign that encourages companies and workers to share their employment stories.

According to a recent U.S. Department of Energy report, the clean energy sector supported more than 3 million U.S. jobs in 2016. This includes more than 600,000 in clean power generation (e.g., solar and wind) and 100,000 in advanced grid technologies, including energy storage.

The groups say the goal of their new campaign is to draw attention to the growing renewable energy industries and their good-paying jobs.

“Today, our organizations, member companies and their workers are celebrating all the people who make up the clean energy industries and the positive impact that we have on the U.S. economy,” says Graham Richard, CEO of AEE. “We are excited to bring visibility to our share of the more than 3 million people that work today in advanced energy across our nation.”

Abigail Ross Hopper, president and CEO of SEIA, notes that solar, in particular, added “one in every 50 new jobs in the economy” in 2016. In addition, it now employs roughly 260,000 U.S. workers, she says.